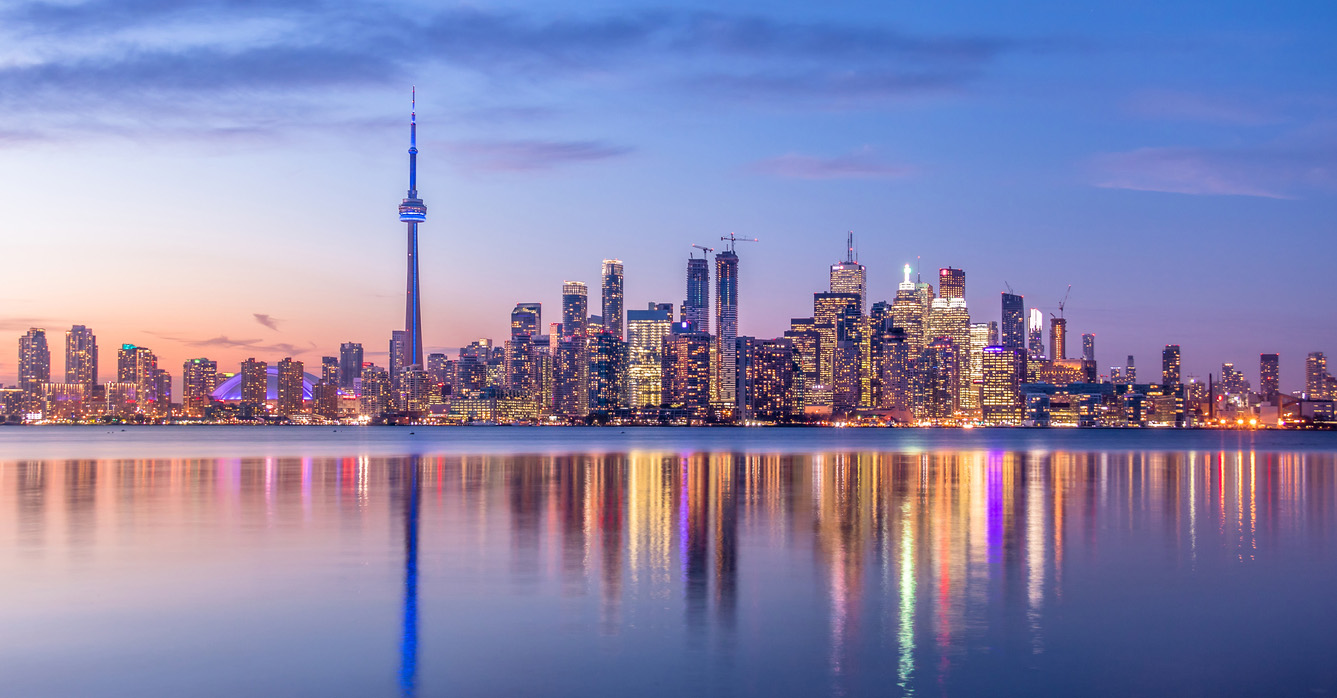 Can the Alphabet's City of the Future Be Both Smart and Inclusive?

The competition among tech giants to control entire cities is officially off to the races. Through its urban planning arm Sidewalk Labs, Google parent Alphabet is moving to redevelop an 800-acre waterfront area in Toronto in its image. There is almost no doubt that the project will produce a cutting-edge vision in experimental urban planning. Deeper questions about whether tech giant's should have the keys to the city and whether they'll be successful at creating and running them, so far, have no clear answer.

In the eyes of Alphabet’s critics, the company’s bargain for consumers (excuse me, residents) is the same: Enjoy the luxury and ignore the pernicious implications for privacy and inequality behind the curtain. There is certainly some truth to this view. Toronto’s soon-to-be tech hub will feature sensors tracking every variety of data point imaginable, from general information about air quality and noise level to more concrete things like energy use, traffic flow, travel patterns. Cameras on every corner will be used to make decisions about urban planning: Are residents using this bench? What if we put it somewhere else? Are this grocery store’s customers coming from nearby or further away?

A more suspicious soul might wonder what else this data could be used for. Will camera footage be used to help police apprehend the inevitable criminal element? Will travel data be sold to advertisers? Google made and continues to make its fortune on the back of the countless data points it already collects on our digital lives, and here we are putting it in charge of a far larger set of data. It also bears mention that, as ubiquitous as Google is, customers still have a choice about using its products. (I’m pretty sure Bing is still around here somewhere.) Residents of what will be called Quayside will have their data captured simply because of where they live.

The other side of the debbie-downer coin is inequality. To get an idea of what happens to housing prices when a big fish moves in, one need look no further than Amazon’s impact in Seattle. Cities around the country were tripping over themselves last month to make generous offers for the e-commerce giant’s second headquarters, but more cautious voices noted the important changes going on in Seattle’s housing market. An apartment in the city’s downtown area surged from $31.38 per square foot in 2009 to $42.08 in 2016, and home values increased 11.2% in the last year alone, according to Business Insider. This kind of surge in the local cost of living is good for homeowners, but it leaves out those who aren’t in the upper-income brackets.

Add in all the high-end features that Sidewalk lab is imagining for Quayside - heated bike paths and sidewalks, self-driving taxi fleets, modular buildings - and it starts to look like a playground for the rich. It’s easy to imagine a Whole Foods or a SweetGreen in this environment. A locally-owned bodega would stick out like a sore thumb, and for good reason - the rent will be too damn high.

A Spoonful of Sugar

Medicine out of the way, we can get into the aspects of this plan that are actually pretty darn exciting. No one feature tops the list for me - what’s most exciting is that it looks like Sidewalk Lab is throwing every noodle it has at the wall just to see what sticks. Some of these ideas work better together than they would on their own, like self-driving cars and responsive traffic lights, and it is very cool that Alphabet is getting its very own sandbox to try them in. Some ideas will inevitably fail, and that’s OK. The ideas that succeed may be implemented in other cities over time.

Sidewalk Lab’s plan to hoover up real-world data points, while still a little disconcerting, is a novel approach to urban planning. In the tech world, user behavior is obsessively tracked and products are constantly optimized to make their experience as streamlined and useful as possible. In urban planning, this kind of ongoing support is far less common. It’s at least possible that we will find that the lessons learned in digital product development will transfer well into the real world and that as a result, we’ll have happier, better-managed cities.

Among the other dreams in the proposal were a carbon-neutral thermal energy grid, an automated system for separating trash from recycling, and modular buildings that could transition seamlessly between different use cases. Delivery drones might patrol the skies and self-driving cars the roads. Even the slightly Big Brother-esque personal account that each resident would be furnished with to access public services, gyms, perhaps even their homes, has the makings of an interesting innovation. For decades, people have talked about a centralized digital identity - the idea that your identity online could rely on a single credential the way your identification offline relies on your driver’s license. Perhaps by linking a digital identifier to the real world, Alphabet will be able to crack this nut, and it’s worth mentioning that it has at least paid lip service to the need for anonymity and data security.

Similarly, Sidewalk Labs has expressed enthusiasm about the parts of running a city-within-a-city that fall on the responsibility end of the spectrum. Things like providing municipal services, public transportation, and streets that are safe to walk on are important but generally not profitable.

“I think the company needs to show that it can provide city services that are not restricted to white, male millennials, NYU Rudin Center Assistant Director of Technology Programming Sarah Kaufman told Wired. “That means serving the elderly, the disabled, the poor - all populations that cities serve and private companies do not.

On this last consideration, there is actually some reason to be hopeful. As SPUR’s Allison Arieff points out writing for the New York Times, existing cities often don’t do a great job of caring for their less fortunate citizens. Spikes on otherwise comfortable ledges and metal “armrests” on benches designed to deny homeless people a place to lie down are part of the quiet but almost ubiquitous NIMBY-ism that pervades modern cities. Even less visible is the proliferation of zoning laws that prevent the construction of sufficient housing that would drive costs down enough for less wealthy residents to move into city centers.

It’s difficult to say if inclusiveness will be a real priority for Sidewalk Labs, but if it is, the company has the chance to do a lot of good. As uncomfortable as the notion is, it might be the case that a small group of decision-makers - in this case, the board of a private company that already has profits to spare - can do something that the public can’t by overcoming people’s natural resistance to allowing necessary projects to happen in their backyard.

On the other hand, there’s the possibility that a private company simply isn’t up to the task of creating and managing a new kind of city. There have been attempts over the years to make the “city of the future” out of whole cloth, and most have been met with little success. The most famous, Walt Disney’s Epcot Center, is virtually a byword for the failures of hubris.

Planned communities are simply hard to do right. There are far more variables at play than most people realize and even for a designer that does a fundamentally good job of balancing them, there’s the problem that is tough to engineer around: the human touch. Speaking about Brazil’s planned capital Brasilian with the BBC, urban scholar Richard Burdett outlined this perhaps fundamental issue.

“This issue is not whether it’s a good city or a bad city,” he said. “It’s just not a city. It doesn’t have the ingredients of a city: messy streets, people living above shops, and offices nearby.”

Truthfully, it’s difficult to say whether Sidewalk Lab’s Quayside project will work, and if it does, who it will work for. From interviews and public speeches, it seems clear that the company has the best of intentions, but it’s also clear that good intentions haven’t been enough to guarantee success in the past. The company’s leadership also seems aware of the potential pitfalls - it has invested $50 million in redeveloping 12 acres of waterfront property as a trial for the 800 acres that it hopes to take over eventually.

At the very least, there is upside in either scenario. If Project Sidewalk is successful, it might build a vision for the future of North American cities. If not, there will still be lessons to draw from the failure.