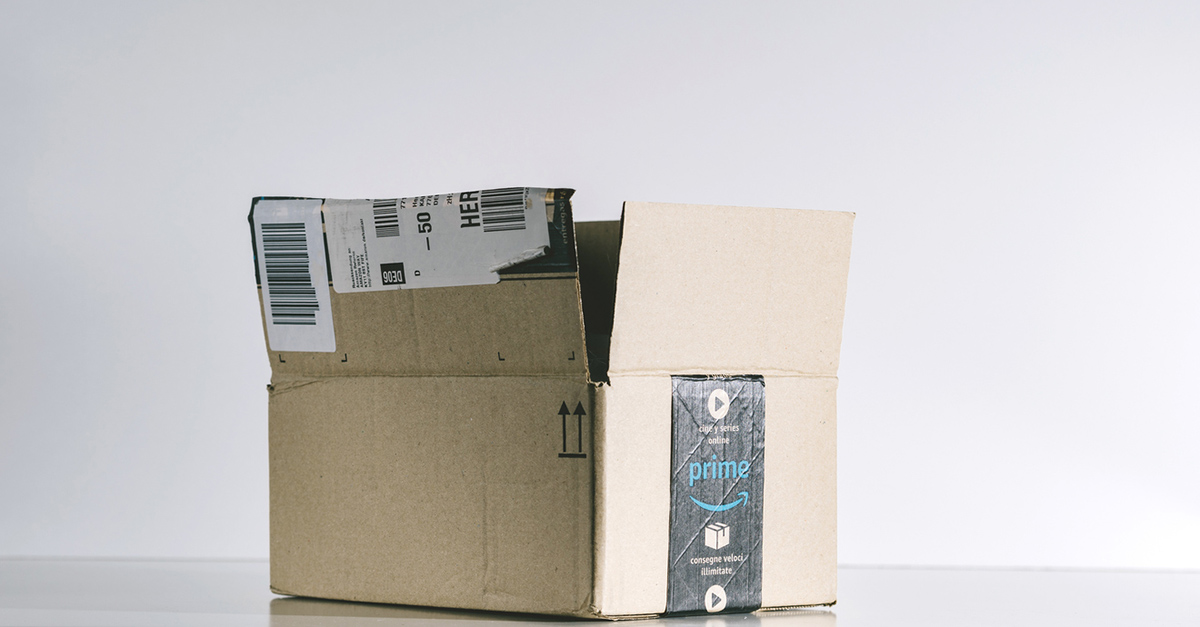 Amazon Continues Its Takeover of Everything, Everywhere

With the news that Amazon’s market cap blew past Microsoft’s for the first time Wednesday, the world’s newly-minted third-largest company is continuing its Mammon-like quest to become the only business.

The news came alongside news from across the far reaches of the retailer’s sprawling empire demonstrating just how many pies it has fingers in. Spoiler: It’s a lot of pies and a lot of fingers. You don’t get to a $702.46 billion valuation without getting your fingers covered in fruit. (This metaphor is breaking down.)

For a fun look at the slow, but inevitable decline of traditional retail, let’s examine just a few of the fronts on which Amazon is fighting.

On the Whole Foods front, Amazon just announced plans to roll out two-hour delivery from its recently acquired grocery chain for subscribers to Amazon Prime. Deliveries will kick off today in four metropolitan areas, including Austin, Cincinnati, Dallas, and Virginia Beach, with plans to expand delivery across the country within the year.

If there hasn’t been a lot of hubbub around the announcement, it might be because this is precisely what everyone has been expecting since Amazon bought Whole Foods. After all, the tech giant has slowly but surely moved away from a traditional e-commerce model in which it sells things customers buy and toward a model in which it owns the market and other people buy and sell things. Amazon handles the logistics of that interaction, so it makes sense that it would try to create value by applying that expertise to Whole Foods.

This is an interesting show of confidence after a number of customers complained about empty shelves and rotten produce in Whole Foods stores. After a round of speculation, it turned out that a new inventory management system was to blame. Time will tell whether this latest move is a sign that the company’s logistics are back on track or if its reach continues to exceed its grasp.

The Clothes Make The Man

Amazon is also pushing aggressively into the clothing market with its Amazon Prime Wardrobe offering. The proposition is simple: Pick out a few outfits for Amazon to send you, try them on at home, and send back what you don’t want within a week. Amazon then charges you for the clothes you keep.

Perhaps it's no surprise, then, that the online retailer is engaged in a death struggle with that big box clothing store of yore, Target. A recent report from Coresight Research found that clothing customers of the latter overlap more than any other clothing brand with customers of the former. In other words, people buying clothes on Amazon were extremely likely to have recently bought their clothes at Target. Target customers were also more likely to have an Amazon Prime membership than shoppers at other clothing stores.

Why is Target in the hot seat? There are a few compelling reasons. One might be that Target’s demographics skew toward bargain shoppers who might live away from concentrated retail areas. This would make Amazon attractive as well, for obvious reasons. Target and Amazon are also both building out their own fashion lines at the same time. Target’s Universal Thread, A New Day, and JoyLab lines are probably good analogs for Amazon’s Rebel Canyon, Lark & Ro, and Goodthreads.

Leaving On A Jet Plane

Shipping Amazon’s packages all over the country has been good business for USPS, FedEx, and UPS. That could change soon as Amazon looks to trial Ship With Amazon, its own shipping service that could someday compete with them.

Much of Amazon’s shipping is already in-house. A late 2016 initiative, dubbed (wait for it) “consume the city,” found the tech giant investing in in-house shipping and delivery to increase its capacity during busy seasons. That sounds innocent enough for existing shipping magnates, but insiders suggested that the company had bigger plans.

Under Ship With Amazon, the retailer's couriers would travel to pick up goods from businesses and bring them to Amazon warehouses for processing instead of relying on outside shippers. With this move, Amazon would own the logistics process from start to finish for at least some customers, even though it wouldn’t be the one selling the product. Initially, Ship With Amazon would trial with just a few retailers in the LA area, but that could scale rapidly.

An interesting wrinkle - Amazon CEO Jeff Bezos pointed out that Amazon’s reliance on other shippers has actually grown even as it invests more heavily in its own shipping. The most likely end-game scenario seems to be a hybrid scenario under which some packages are handled by Amazon and some are handled externally, depending on its needs. Shippers should still be on their guard though; this move would almost certainly give the e-commerce company leverage to negotiate for lower rates.

Another of Amazon’s new ventures is a push into the medical supply business, starting with basics like bandages and latex gloves. These essentials represent a toehold for the company in the medical devices and equipment market, but they also appear to fix an existing bottleneck in the industry.

Outpatient clinics, especially walk-in clinics, have been exploding as a real estate vertical for the last several years. Structural factors inside the American healthcare industry and a decline in traditional retail performance have resulted in an urgent care industry worth eleven figures and that is expected to grow at a rate of 3.5 percent a year over the next decade.

No surprise, then, that hospital systems have been buying outpatient centers up at a rapid clip, but their distribution networks - designed to serve centralized hospitals - haven’t been able to keep up. That’s where Amazon comes in. Filling this niche in the market would give the retailer valuable exposure to medical buyers, a better understanding of the market, and the opportunity to expand across the vertical.

Every business experiences a few oddball shoots and pains as it grows. When you grow as much as Amazon, they can be… weird.

On Wednesday, The Daily Beast reported that people all over the country have been receiving unsolicited sex toys via Amazon. Not only is it unclear who is sending the devices (never “your devices”), there seems to be no rhyme or reason to who is receiving them. That sounds a bit funnier than it is; because of Amazon’s privacy policies, it isn’t able to provide reassurance to at least one recipient who is worried about being stalked by someone nearby. The national element of this seems to point to a less personal prank, however. Alternately, maybe there is no sex-toy-sending-bandit and The Daily Beast just gave dozens of people a convenient cover story.

Meanwhile, The Atlantic just introduced a partisan political question into what was a perfectly straightforward grovel-off between hundreds of North American cities desperate for the jobs that Amazon’s HQ2 would bring. The magazine asked whether the retail giant’s presence in a swing state - like Columbus, Pittsburgh, Atlanta, and Raleigh, which are all on its short list - might affect presidential races there. After all, Amazon’s employees skew young, tech-savvy, and therefore liberal, and a sizeable portion of the 50,000 jobs it intends to create at its new headquarters will be taken by people coming from out of state. Add in their family members and the other tech startups that would likely be created in the area and you have a city that could change color. (From red to blue, of course; ignore the gentrification behind the curtain.)

As Amazon eats an ever-larger share of the American economy and into our hearts, remember: We all want lower prices.