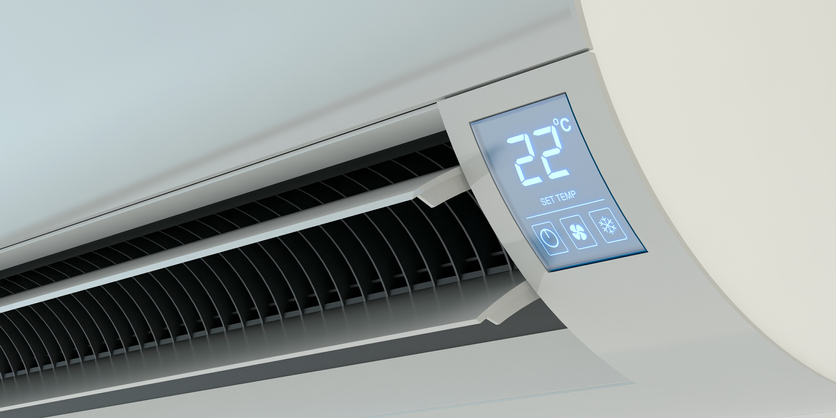 Are HVAC Setbacks Right For Your Building?

On their surface, HVAC setbacks are fairly straightforward: By setting temperatures lower when a building is unoccupied in the winter (or the reverse in the summer), building teams can cut expenditures.

In reality, the technique is slightly more complicated. The world of HVAC efficiency isn’t usually divided, but there are experts who argue that setbacks shouldn’t be done at all and experts who are vigorous proponents of the technique. We’ll be exploring the cases for and against setbacks and when they are most likely to cut costs.

The case for setbacks

The amount of work that an HVAC unit has to do to maintain a steady temperature is equal to the rate at which heat is being gained or lost. This rate can be represented with the equation Q=UA∆T, where Q is the total heat transfer per hour, U is the thermal conductivity of the building envelope, A is the area of the envelope, and ∆T is the difference between the desired temperature and the ambient temperature.

What this means is that there is a direct correlation between ∆T and the amount of work that the HVAC unit needs to do; in other words, as you almost certainly already knew, the unit needs to work harder the colder it is outside in the winter and the hotter it is in the summer. While you can’t change the ambient temperature, you can change the target temperature in the building. Let’s plug in some numbers to see how that washes out.

To keep the numbers easy, let’s assume a value for UA of 1,000 for a small, hypothetical office building and an ambient temperature of 20°F. If the target temperature in the building is 70°F, we get the equation Q=1,000×50, or 50,000 BTU lost per hour. If the ambient temperature stays at a constant 20°F for a 24-hour period, that’s 1,200,000 BTU that your building’s HVAC unit must replace over the course of the day.

Under a setback scenario, let’s say that the building is unoccupied between 7 pm and 7 am. That’s 12 hours during which the temperature can be set back to 60°F. To simplify matters further, let’s imagine that it takes two hours for the building to fall to 60°F after the setback is initiated, during which time the HVAC unit is completely inactive, that it takes two hours of additional heating to bring the temperature back up to 70°F by 7 am, and that these two periods roughly cancel each other out.

This leaves us with eight hours during which the HVAC unit is maintaining the temperature at 60°F instead of 70°F. Plugging this in, we get a heat loss of 40,000 BTU per hour – a 20 percent saving. Over the course of the eight hours, this is a saving of 80,000 BTU. Not too shabby.

The case against setbacks

The main argument against setbacks comes down to tenant comfort.

Questions of comfort are hard to assess on a general basis. Building teams that are considering a setback strategy should consider the layout of their building and think about engaging with tenants. They may be comfortable with a slightly lower perceived temperature in the morning, especially if it means lower energy bills. When landlords and tenants discuss a strategy like this and formalize it in their lease, it is sometimes called a green lease.

If tenants are not willing to compromise comfort, it may be possible to reach a comfortable point by raising temperatures above the normal point in the morning to compensate for the heat being absorbed. This will cut into, and possibly negate, savings, however, and so should be carefully considered.

In certain buildings, setbacks may not be a realistic option because of the time taken to get back to the optimal temperature. For example, a study conducted by the Canadian Centre for Housing Technology found that the recovery time from setbacks in private homes was generally below an hour, but that recovery times from “set forwards,” in which temperatures are allowed to drift up on summer days, could last up to seven hours. This is probably why set forwards are not common.

Are setbacks right for your building?

The two main factors that make setbacks attractive are the rate of heat loss and the length of time that the building is regularly unoccupied every day.

Buildings with a high rate of heat loss – generally older, less efficient buildings – will see the greatest gain from setbacks. A building that has already invested in a robust thermal envelope can still see a reduction in energy consumption through setbacks, but it will be smaller in real dollar terms.

More importantly, buildings that aren’t regularly unoccupied for long periods of time every day are unlikely to be able to use setbacks effectively. For example, while an office or retail building is a good candidate for setbacks, a hospital likely is not.

Diving deep into building data is the best way of evaluating whether a setback strategy is proving to be effective for a building in your portfolio.