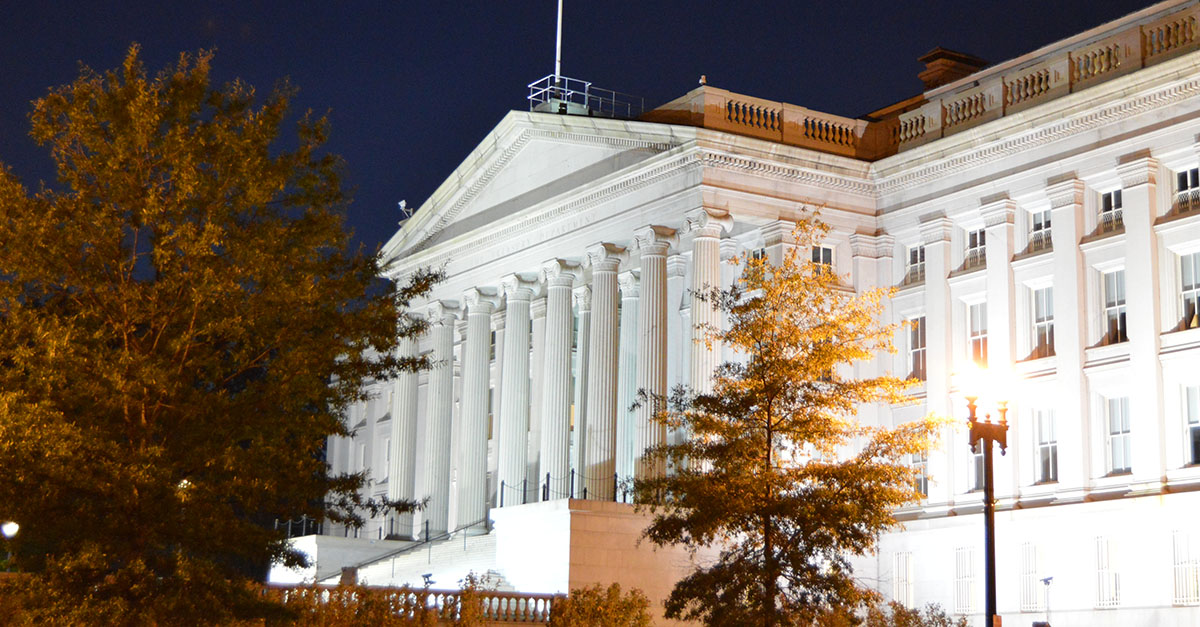 House Republicans released the details of a major tax overhaul two weeks ago, including plans to significantly reduce or eliminate several different credits for renewable energy. Then, a week later, the Senate put out its own draft of the tax plan that preserves those credits.

Are the House and Senate playing good cop/bad cop? Is the Senate more friendly to environmentalists than the House? Now that environmental activists and green business leaders have been largely caught off balance twice in two weeks, it’s worth looking at just what is involved in each bill and taking a stab at the motivations behind both.

The biggest losers in the House bill are wind and electric vehicles, a move that is perplexing given that these represent some of the most promising growth industries hiring in Republican stronghold states.

For wind, this comes in the form of a reduction in the Production Tax Credit. Under current rules, the PTC provides wind power projects that started construction in 2015 and 2016 a subsidy of 2.4 cents per kilowatt-hour. This subsidy helps to make wind, which has been falling in cost but is still slightly more expensive than fossil fuel sources of energy, more competitive in energy markets.

Republicans in the House are reducing the subsidy by retroactively cutting out adjustments for inflation. When the program began in 1992, the subsidy’s base rate was 1.5 cents per kilowatt-hour, but this was indexed for inflation. Under the House plan, the base rate would drop back to 1.5 cents, cutting payments by almost 40 percent. The plan would also require wind developers with projects that began in 2016 or earlier to prove that there had been “continuous construction” since that time. Those that couldn’t would have to “restart” construction in the government’s eyes, making them eligible for the new rate plus phase-out reductions.

The American Wind Energy Association pushed back hard against these changes, arguing in a statement that retroactive changes were introducing uncertainty to an industry that had already committed more than $50 billion of private investment to manufacturing and construction.

“The House proposal would pull the rug out from under 100,000 U.S. wind workers and 500 American factories, including some of the fastest growing jobs in the country,” AWEA CEO Tom Kiernan said in the statement. “We expect members of the House and Senate to oppose any proposal that fails to honor that commitment, and we will fight hard to see that wind energy continues to work for America.”

Under the House plan, the federal credit for electric vehicle purchases would also be terminated. The government currently subsidizes electric cars to the tune of $7,500, making them roughly competitive with fuel-powered cars. While high-end EVs are still far more expensive than the average vehicle and fit more neatly into the luxury vehicle class, lower-priced cars like the Chevy Bolt and the Tesla Model 3 are probably within $7,500 of comparable fuel-powered cars, if not closer. However, without incentives, EVs are expected to be more expensive until 2025, which would seriously slow down their adoption.

Many states have their own EV incentives, which might cushion the blow, but others don’t. To get an idea of what the impact of this plan might be, we can look at mid-2015 Georgia, which eliminated its $5,000 tax credit for electric vehicles. Almost overnight, sales crashed by more than 80 percent.

That’s a long ways away, and it’s almost impossible to predict whether it would have a direct impact at all. There are two presidential elections between now and 2027 and four more congressional elections, meaning that there are countless opportunities for either party to change the law in that time. The real effect here is the uncertainty that changes like this one inject into investors’ long-term decision making. Investors who feel that they can’t be sure an important subsidy will continue throughout a project’s lifetime are unlikely to devote their resources to it.

Considering the gloom and doom heralded by the House bill, the Senate bill was surprisingly well received in terms of its effects on clean energy. In fact, it keeps virtually every major clean energy incentive currently in place. Why the sudden reversal from Senate Republicans?

Traditionally, the Senate has been better at taking the long view on policy issues. These agreements were reached years ago, and some Senate Republicans may feel that a steady hand - even one they don’t necessarily agree with - is preferable to market uncertainty. AWEA CEO Tom Kiernan told The Washington Post that this uncertainty has already frozen deals that were underway while participants wait for more information about tax reform.

Another element of the "steady hand" theory is that these green subsidies were part of a deal reached by Democrats and Republicans two years ago. In exchange for wind and solar energy tax credits, Republicans got a ban on oil exports lifted. Senate Republicans may fear that their credibility will be damaged if they renege on this deal, which could affect future bipartisan agreements.

Finally, another possible reason for the Senate's friendliness to renewables may be that Senate Republicans realize that wind, in particular, benefits their constituents. Morgan Stanley research indicates that 85 percent of wind projects are located in Republican districts. As a result, the GOP senators Charles Grassley (R-Iowa), John Thune (R-S.D.), and Dean Heller (R-Nev) have all come out in favor of continuing the wind credits.

How will this play out?

The question on every environmentalist's mind is how Republicans in the House and Senate will reconcile their differences on clean energy credits. Should both bills pass, the differences between them would most likely be decided in closed-door meetings by congressional negotiators. As it stands, it seems unlikely that the Senate would be willing to accept cuts to clean energy credits. What many Congress-watchers think is more likely is that the House will accept the Senate's version of the clean energy section in exchange for the Senate ceding to its priorities elsewhere.

This all assumes that Republicans in Congress are able to pass their tax bills. There are several hot-button issues tied to these bills outside of environmental issues, including a repeal of the Affordable Care Act's individual mandate, that could make that a difficult prospect.