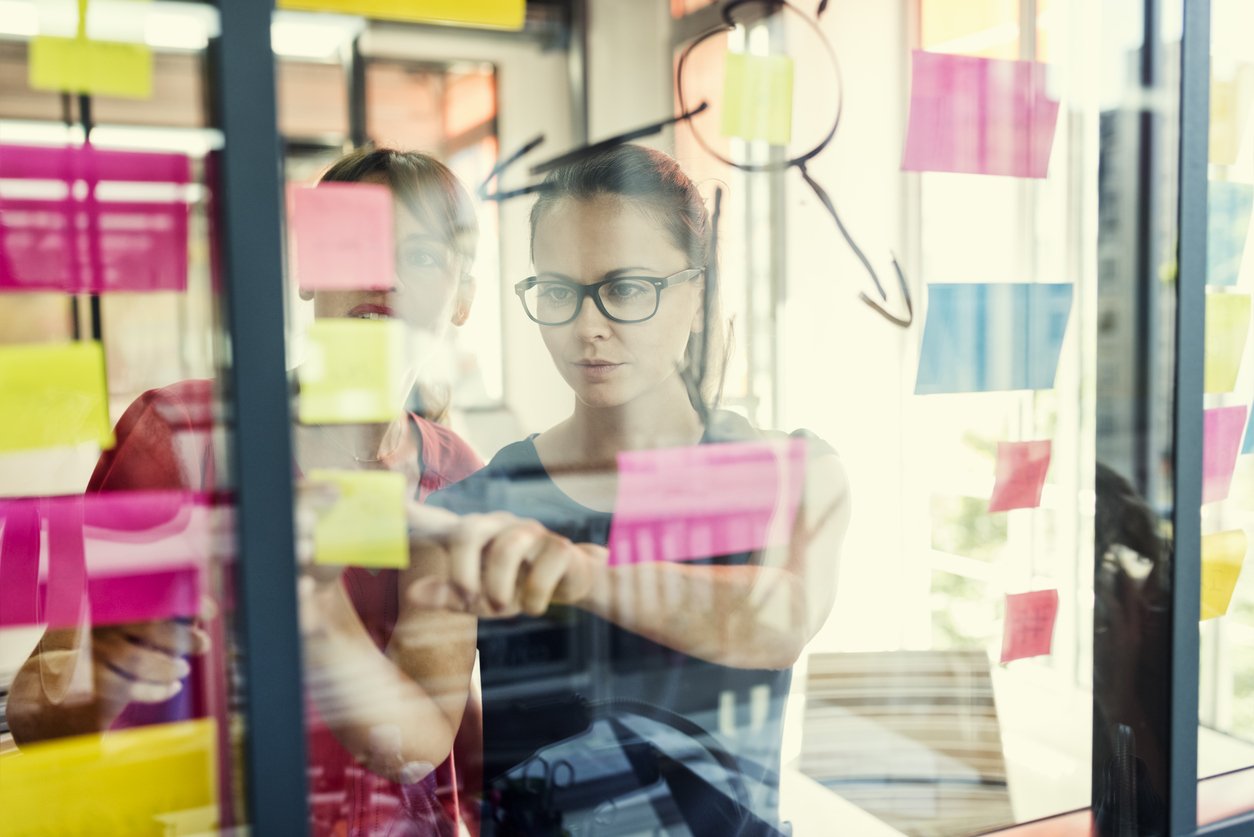 What do CRE professionals need to know about Coworking?

Coworking is the latest, hottest trend in office space. Its meteoric rise - from virtually nothing to 11,000 spaces worldwide in the last ten years - has given pause to more than a few commercial real estate professionals.

Is this the future of the industry? Will trendy millennials sporting tiny computers and enormous phones ditch the office entirely and leave traditional property managers and asset owners out in the cold?

Probably not. There are and likely will remain compelling reasons to have an office for businesses of a certain size. Privacy, the development of a cohesive corporate culture, and the ability to customize your space are all important for even a relatively scrappy startup. In general, it appears that coworking spaces are serving as incubators for early-stage businesses that will then go on to find traditional offices and as an alternative to the living room for individual freelancers and micro-businesses that were never likely to rent an office.

Even so, there is a lot to be gained by paying attention to the coworking movement. Some buildings may be particularly well-suited to renting to a coworking space or to operating one of their own. The skills needed for running a coworking space are close to the core competencies for a particularly dedicated property manager, after all, and the rents are considerably higher per square foot. Even buildings that are not suited for coworking may be able to incorporate lessons learned by studying the movement in order to improve tenant satisfaction. And should trends shift in the coworking movement and they begin to compete directly with traditional office space, those property managers that understand the positives and negatives of coworking would be best positioned to make the case for their own spaces.

How do coworking spaces work?

First, the basics. Coworking spaces have three main types of tenants: individuals, small groups of three to ten or so, and large groups of up to 30 or even 50.

Individuals are mostly freelancers. They generally pay a few hundred dollars a month for the right to use desk space, depending on the market, though they may not have ownership of a specific desk. For them, a coworking space is like a large, quiet coffee shop with a strong sense of community.

The small groups that rent out coworking space are usually very early-stage startups or small businesses offering professional services. These groups may rent a desk of their own or, more likely, a small office space. Costs vary according to the market, but most pay $400 to $800 per person every month.

Finally, many coworking spaces play host to large groups that rent out a major portion of the space. These anchor tenants are exceptionally useful for startup coworking spaces that don’t have the demand to fill every desk with individuals and help to make the economics of leasing the space and offering premium amenities more feasible, which in turn may help the space to succeed. Additionally, it is not uncommon for an anchor tenant to work out a deal in advance of the space opening for lower rent in exchange for early cash on the table.

The economics of a coworking space reveal their inherent advantage and disadvantage relative to traditional commercial real estate: Rental income per square foot has the potential to be considerably higher, but it comes at the cost of a much more active property management strategy. Tenants are willing to pay more because they are getting value out of the space that they are unable to get anywhere else.

What do tenants want from a coworking space?

A good coworking space is many things to many people, but the most consistent benefits reported by tenants are a sense of community, a level of structure that adds value to their work schedules, and flexible lease terms.

“The biggest benefit is the community of people who call the space home,” The Skillery founder Matt Dudley told Aquicore. “In a true coworking space, those people have more interaction than in a typical office building, and those interactions are part of the benefit of a coworking environment.”

Individual tenants, the bread and butter of the coworking model, are generally choosing a coworking space over working at home in their underwear. It’s easy to see how a built-in social community would be valuable for these customers.

An important note: Harvard Business Review research found that the option of socializing, not necessarily the amount of socialization itself, was the important thing. Some customers that they studied socialized a lot more and others a lot less, but both groups felt a strong connection to the community. The ability to select the level of socialization - say by sitting in the cafe vs. sitting at a desk - appeared to be important as well.

Also important is that the mix of individual tenants, small groups, and anchor tenants tends to form a symbiotic relationship. Frequently, coworking space tenants receive some or all of their work from other tenants, either through direct hiring or subcontracting. These ties can help the group to become a coherent community.

They provide structure. Coworking spaces appear to help their customers strike the right balance between freedom and structure in their work lives. The typical coworking customer has, typically, already opted out of the traditional nine-to-five experience and the stability that it brings, so many of them place a high value on autonomy over their time. Coworking spaces are generally open at all hours, meaning any schedule is possible. Customers can come in at noon and work late, or take a long lunch to go to the gym, or even work all night and avoid the sun entirely.

At the same time, one of the most common complaints that freelancers make about working from home is that the lack of structure prevents them from being productive. A coworking space appears to provide this necessary structure, and many customers seek it out explicitly for this reason. The routine of waking up in the morning, getting dressed, and coming into a workplace provides a useful level of structure all by itself. Being surrounded by other people who are similarly focused on work likely also helps.

The benefits are fairly clear. According to HOK research, 71 percent of coworkers report that they are more creative in a coworking space. Approximately 62 percent say that their standard of work is higher, 64 percent that they more frequently complete their tasks on time, and 68 percent that they are better able to focus.

They are flexible. Coworking spaces almost uniformly offer month-to-month leases. This flexibility, multiplied out by the sheer number of desks on offer in any given space, makes for a level of churn that would make most traditional property managers’ palms sweat. However, for a significant portion of coworkers in each segment, a longer lease would be prohibitive, making flexible terms essential for running a successful coworking space.

Individual freelancers often have no idea whether they will still be freelancing in a few months, let alone a year. For them, the one to several years that tenancy in a traditional office, if they could even afford one, sounds like a lifetime away. They may have unstable incomes that don’t lend themselves to a long-term commitment or they may simply be freelancing between jobs. A subsection of these individuals, the so-called “digital nomads,” take advantage of the ability to work remotely in order to move to a new city every few months.

Anchor tenants are typically the most resilient of the groups that join coworking spaces, but flexibility is often a major reason for their choosing to go this route over a traditional office. Often, these are startups that are expecting to grow or that may need to downsize in the near future in response to unpredictable stimuli. A coworking space allows them to do just that.

Is it worth renting to a coworking space?

Coworking isn’t a good fit for every commercial office building, or even most, but it does sometimes fit nicely into a portfolio. For asset managers, coworking sometimes represents a good way to see a profit from hard-to-rent spaces.

According to HOK, about 55 percent of coworking locations were vacant for more than six months before the space opened its doors. Almost half are in buildings that are more than 50 years old, and 90 percent of recent coworking leases have been signed in Class B and C buildings.

Coworking spaces can also behave as laissez-faire tenant incubators. Not every tenant will end up outgrowing the space and moving into traditional office space, but some inevitably will. With the right outreach strategy, these tenants can become an easy stream of traditional tenants as they grow.

What lessons does coworking have for CRE?

Buildings that are not good fits for coworking spaces may still be able to capitalize on some of the ideas behind the coworking movement.

It may be possible for property managers to develop strong building communities using techniques similar to those employed by coworking spaces. The main ingredient is access to spaces that promote relaxed, unforced interaction. Increasingly, businesses are investing in spaces that have close to equal social and desk seating for their units. This use of space allows for easier interaction between employees who wouldn’t usually interact, contributing to social cohesion within the company and potentially to innovative, cross-specialty ideas.

Property managers leasing furnished spaces may have success marketing units with a higher mix of social and semi-social spaces. Buildings without furnished spaces might consider social common spaces that promote working and socializing between employees of different tenants.

CRE professionals may also wish to tour coworking spaces simply for design reasons. Not by accident, coworking spaces tend to be on the forefront of progressive office design. As we’ve detailed before, there are a number of design features that seem to attract companies in the startup world, and the cost to incorporate them is frequently worth it.

Other aspects of the coworking model, like increased autonomy over one’s time, are internal work policy items that a landlord has little bearing on. However, it may be worth considering whether implementing them internally may lead to better satisfaction among one’s own employees.

There is no denying that the stage is set for coworking spaces to become a major player in the commercial real estate field. The American coworking leader WeWork recorded a $5 billion valuation in late 2014, and the industry has only grown since then.While commercial real estate professionals should be aware of developments in this area, it doesn’t seem at this point that coworking will compete directly with commercial real estate. Rather, it may turn out to exist in a useful symbiotic relationship with the rest of the industry, helping it to test new ideas and graduate small businesses into larger ones that then need traditional offices. In the meantime, there are likely a few things to be learned from coworking spaces that can be applied to make working in a regular office a little bit better.

While commercial real estate professionals should be aware of developments in this area, it doesn’t seem at this point that coworking will compete directly with commercial real estate. Rather, it may turn out to exist in a useful symbiotic relationship with the rest of the industry, helping it to test new ideas and graduate small businesses into larger ones that then need traditional offices. In the meantime, there are likely a few things to be learned from coworking spaces that can be applied to make working in a regular office a little bit better.