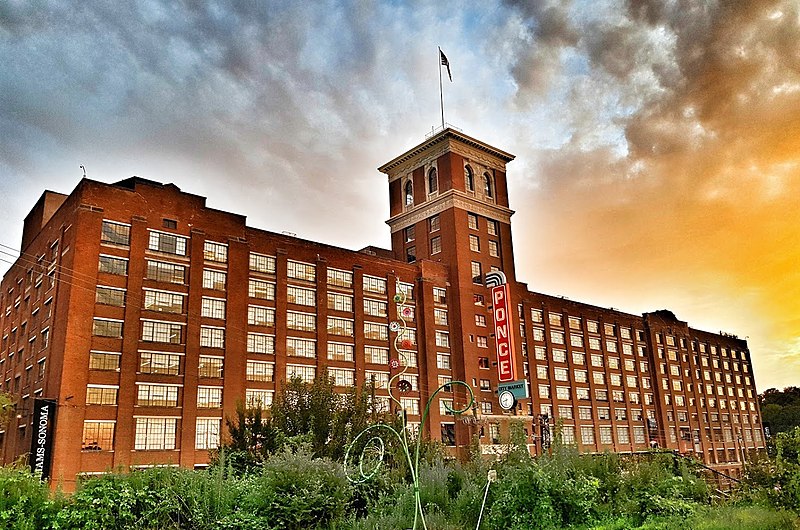 There have been a lot of reasons ascribed to the ongoing death of big-name retail outlets. For reasons that aren’t immediately clear, America’s retail outlets have been shutting their doors and declaring bankruptcy at an accelerating rate over the last year despite an improving economy and increasing corporate profits. Amazon is a popular choice. Millennials and their eschewal of things for experiences and avocado toast are another.

Recent reporting by Bloomberg has uncovered another, perhaps more compelling reason for all the gloom and doom: excessive corporate debt caused by mismanagement and leveraged buyouts by private equity firms.

The short story is this: Retail companies owe billions of dollars in risky debt that is set to come due over the next several years. Only a fraction of that debt has come due so far and already we are seeing profound effects; as payments rise, we are likely to see serious repercussions for the household names that fill the majority of retail spaces. Making matters worse, as interest rates rise, refinancing that debt will become an increasingly costly endeavor, cutting off one of the possible avenues by which these companies could keep themselves afloat.

The results speak for themselves. More than 1,500 retail stores owned by companies like Sears, Macy’s, JCPenny, and Abercrombie & Fitch had been closed before March this year. Through the third quarter, that number had leapt to 6,752 - close to highest ever recorded figure of 6,900 seen in 2008. That comparison is all the more striking when we consider that 2008 was the kickoff of a major financial crisis - in 2017, by almost every metric, the economy is on solid ground and improving.

How did this happen?

In 2005, hedge-fund mogul and former roommate of U.S. Treasury Secretary Steven Mnuchin Eddie Lampert arranged a merger between Kmart and Sears. Lampert then took over the running of the combined retail giant, though employees claim he managed from a distance.

Then-CEO of Sears Arthur Martinez told The New York Times that he had a 90-minute phone call with Lampert shortly after the sale went through in which he advised him to focus on Sears’ high-value businesses like appliance sales and to make ongoing investments in stores, training, and employee retention.

“He appears to have roundly ignored everything I told him to do,” Martinez told the Times.

What Lampert did appear to do is begin shifting profits toward shareholders and himself. He lent billions of dollars to Sears from his hedge fund, ESL Investments Inc., increasing the company’s corporate debt, and directed Sears to spend $6 billion on stock buybacks. (Now that Sears looks likely to undergo a bankruptcy, Lampert’s debt will likely be prioritized above other debts.) He also directed the company to spin off ownership of 266 buildings into Seritage Growth Properties, a real estate investment trust. In 2016, the company paid rent on the properties it used to own amounting to $200 million. Unsurprisingly, Lampert’s hedge fund also holds equity in Seritage.

As New Republic reported, the Sears story is not the exception - it seems to be the rule. In 2012 and 2013, the private equity firms running Payless, Golden Gate Capital and Blum Capital, received $700 million in dividends from the retailer. This year, Payless filed for Chapter 11 bankruptcy and closed 400 stores. Toys R Us declared bankruptcy in similar circumstances, benefiting Bain Capital and Kohlberg Kravis Roberts. Yet another story of this nature seems looks to be playing out between Claire’s Stores Inc. and Apollo Global Management LLC.

What’s Next For Retail?

It is hard to predict the future of the retail sector in this environment. On the one hand, profits are rising for many of the key players in the industry as the economy recovers, which could help service some of this corporate debt. On the other hand, profits were improving for Toys R Us when it filed for bankruptcy.

Particularly concerning is the fact that only $100 million of high-yield borrowings were set to mature this year for the retail sector. That’s nothing to sneeze at, but it pales in comparison to the $1.9 billion that will come due in 2018, per Fitch Ratings Inc. Between 2019 and 2025, that figure is even higher - an average of close to $5 billion each year will come due.

The Cassandras of the industry are already predicting Retail Apocalypse. They’re right to be scared - it is difficult to see a scenario in which the sector comes out of this without at least a few scars. Some of the more hyperbolic predictions, however, like half of all American malls closing by 2023 or an overnight shift to an online-only economy led by drone delivery, are probably overstating things. As Forbes reported, there are actually more stores opening than closing if you include other classes of commercial real estate, like fast casual, restaurants, and mass merchandisers.

It’s also clear that debt isn’t the only woe facing the current iteration of retail. Declining mall traffic, a shift in consumer tastes and trends (avocado toast!), and, yes, Amazon are all factors that are putting stress on over-leveraged household names.

The real danger for the retail industry is that another economic downturn will hit before it has managed to put its house in order. If economic tailwinds continue, the industry could make it through with a few bruises and scrapes. Some brands would almost certainly go under, others would face consolidation or Chapter 11 restructuring, but it’s likely that enough new businesses and storefronts would open for the whole thing to be filed roughly under “creative destruction.” If the economy were to take a sudden downswing, however, shoppers might find themselves without the disposable income that the retail sector depends on. That shock might be enough to send the already perilously positioned industry off the cliff.

As New Republic reports, there are regulatory approaches that could have prevented what it calls designed-to-fail corporate bonds and asset-stripping schemes. Without a doubt, the government should take a closer look at the practices that led to this situation, and in that light, it looks absurd that Comptroller of the Currency Keith Noreika effectively ended a crackdown on high-risk corporate lending and indicated that more debt should be issued. At this point, however, much of the damage has been done. Pulling out of this mess may take years, and it will probably get worse before it gets better.