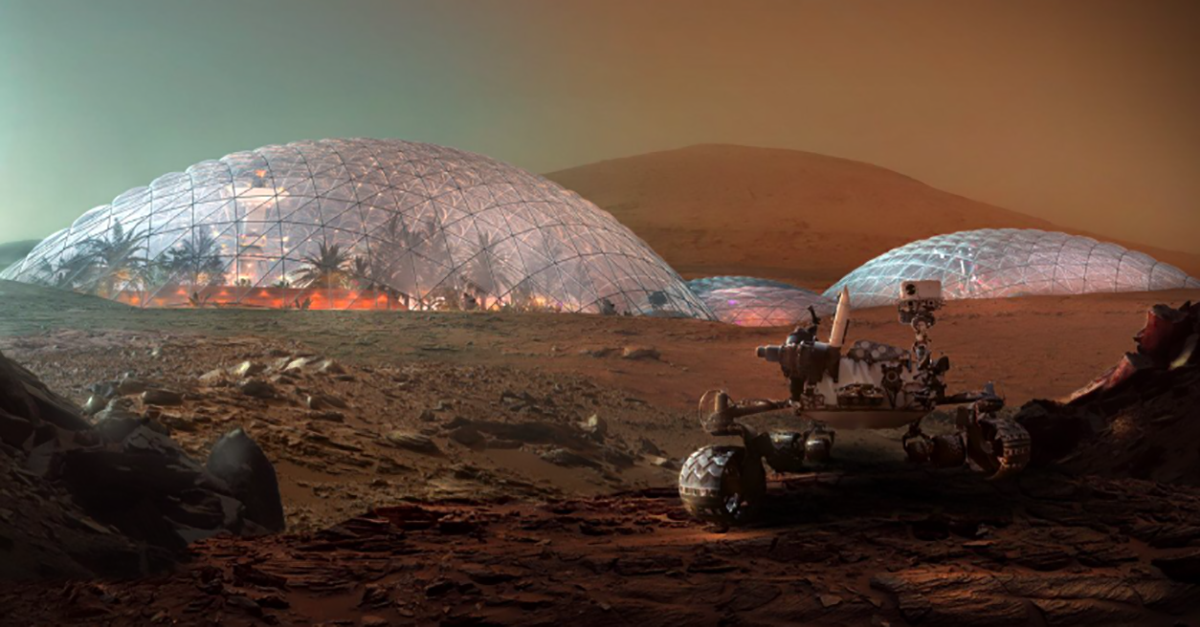 Dubai Is Building a Mars City in its Backyard

The first time mankind extends its reach to Mars, it will find itself on a singularly inhospitable rock far away from home. The second time, it may well find itself checking into a hotel.

We’ve written before about the incipient expansion of the private sector - and specifically commercial real estate - into the final frontier. It isn’t immediately clear what CRE will look like Mars, how it will be built, or which companies will own it, but it is almost certain that businesses will start building the moment it becomes profitable (and legal) to do so.

Just outside of Dubai in the United Arab Emirates, researchers are looking to answer some of those questions. The Mars Science City is an attempt to recreate on a (slightly) smaller scale the challenges of building a settlement on Mars. It is slated to cost around $135 million and will cover 1.9 million square feet. This area will be enclosed in a series of insulated glass domes under which scientists will conduct countless research projects designed to simulate the task of housing and supporting more than 600,000 settlers in an unimaginably harsh environment.

Of course, it wouldn’t be Dubai if there wasn’t a way for well-heeled tourists to experience the development first hand. After all, Dubai is the home of some of the world’s tallest skyscrapers, largest shopping malls, and even more exotic experiences, like indoor skiing and underwater hotel rooms. According to a press release put out by the Government of Dubai, the Mars Science City will feature a cutting-edge museum that will highlight humanity's great space achievements and include educational spaces designed to encourage children interested in space exploration and scientific discovery. At least initially, this will be the only part of the station open to the public.

The walls of the museum will be 3D printed using the sand from the Emirati desert, giving a sense of what future buildings might look like on Mars. Any future settlers will have to take a bare minimum of construction materials from Earth because of the cost and difficulties involved in getting materials out of our planet’s gravity well. Experts have proposed using 3D printing to make structures out of local materials, and more than anything else, Mars has no shortage of sand.

The museum will also likely serve as a way for the UAE to show off the progress made by its research teams, which will search for solutions to the countless incremental problems involved in running a permanent settlement in space. (Interestingly, many of those problems involve things like airflow, temperature regulation, water circulation - in other words, things that resemble the problems faced daily by a building engineer.) The country’s leaders have expressed the hope that breakthroughs made in this area will also help with problems we face here on Earth.

Further Down the Road

Unlike in Dubai’s Mars Science City, the first real city on Mars probably won’t start with a museum. It won’t be long after the first colonists arrive before commercial real estate finds its way to the red planet, though. Once the first settlers arrive and set up a colony, there will be a need for municipal buildings, like hospitals and schools. Outside the city, it’s likely that mining interests will be important, as will manufacturing plants. And when travel between the two planets becomes reliable, it will need hotels and even retail.

The UAE plan to colonize Mars, dubbed the Mars 2117 Project, is set to play out over a 100-year-long time frame. That gives everyone plenty of time to prepare for what life will be like when we get there and, potentially, to send unmanned missions full of resources ahead of time.

“The new project is a seed that we plant today,” said UAE Prime Minister, Vice President, and Ruler of Dubai Sheikh Mohammed bin Rashid Al Maktoum. “We expect future generations to reap the benefits, driven by its passion to learn to unveil a new knowledge. The landing of people on other planets has been a longtime dream for humans. Our aim is that the UAE will spearhead international efforts to make this dream a reality.”

If Elon Musk lives up to his promises, though, the UAE’s first mission to Mars might be able to book hotel rooms when they land. The SpaceX owner and CEO announced plans to send manned missions to the red planet by 2024 in order to establish permanent settlements. Musk hopes that these would grow into cities in short order.

Supporting the creation of a permanent, self-sustaining human presence on Mars. https://t.co/kCtBLPbSg8 pic.twitter.com/ra6hKsrOcG

It’s worth noting that Musk has a history of making big promises that then have to be delayed (although they do tend to come out eventually). In Australia, Musk told the International Astronautical Congress that, if the 2024 timeframe wasn’t met, it would be “soon thereafter.” At the same event, Lockheed Martin suggested that it could launch a six-person space station to orbit the planet, including a lander for descending to the surface.

It’s a truism that where science goes, commerce soon follows. That’s often figurative - research done to advance a purely scientific cause is often monetized in short order - but in this case it could be quite literal. Somewhere, Barron Hilton is whispering, “finally.”