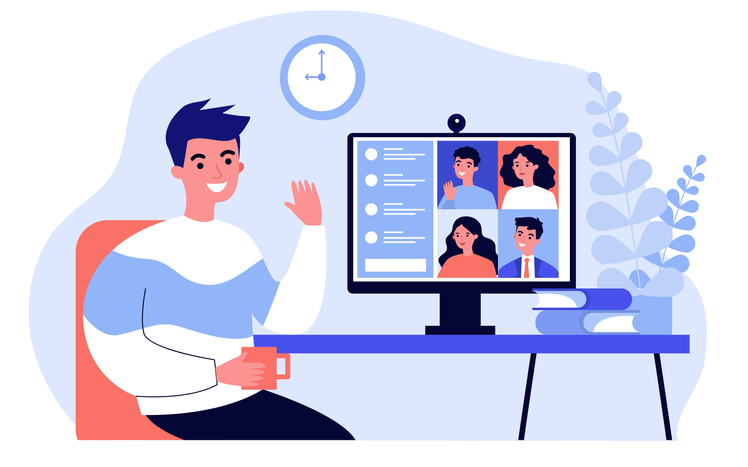 Summer at Aquicore means one thing, summer interns! This year was a little different. Given that Aquicore has gone completely remote, we needed to find interns that weren’t just great in their fields of study, but also young professionals that had the ability to work autonomously and were comfortable raising their hands when they needed help! We’re thrilled to say we found three phenomenal interns for the summer of 2020. Working with the Director of Engineering, and our Technical Support Lead, our three interns have the unique opportunity to touch all technical aspects of the Aquicore Platform. This ranges from support functions to strategic data science initiatives.

Our first intern is Payton, who attends Boise State University and is working towards her bachelor’s degree in Computer Science with a minor in Applied Mathematics. Payton’s interest in software engineering was piqued when her mother mentioned that she heard about Computer Science in a work meeting and thought Payton would enjoy it. They both agreed that it would be the perfect combination of analytics, mathematics, and creativity, and they were right! Payton truly feels like she has found her passion and is one of the lucky few that chose their major on the first try.

While looking for an internship opportunity to add to her experience, Payton knew that the ability to work remotely was a high priority for her. After graduating from school in December, Payton plans on moving to Colorado. She believed that being able to work in a remote capacity would be able to alleviate some of the stresses that may come when moving to a new state. Aquicore being able to provide that opportunity really appealed to her. During Payton’s first week at Aquicore, she could see the passion each employee had for what they do, and how excited and willing to help everyone was! She said, “the culture that this company has is special, so i’m honored to be a part of it.”

Within the last three weeks of her internship, Payton has been able to apply the knowledge she has gained through her education, particularly from the courses SQL databases and web development, to the work she has been doing here. The most important things she has learned over the course of her degree are learning how to debug, troubleshooting environment issues, version control, communication and teamwork. Payton is currently working towards adding database auditing to all of the tenant billing models for Aquicore. This will help fix bugs and gain some insight into weird states that the platform can get into. Right now she is finishing up the Charge Setup Models then will move on to the Invoice Models, the Approval Action and Reminder Models.

Our second intern, Stephan, is studying Computer Science for his Bachelor’s degree at George Mason University. Stephan was always interested in computers and tech as a kid. After taking a computer science class in high school he was inspired by his teacher and how she taught him an entirely different way to use math and logic. Seeing how these aspects of problem solving could be the focus of a career led Stephan to major in Computer Science, a field of study he believes only becomes more interesting with each year of his education.

Stephan heard about the internship opportunity at Aquicore through some of his friends that had interned with Aquicore in the past. They told him about the different experiences they had already in one summer with the company and that grew his interest. Stephan was interested in the work culture that tends to be present in start-ups and knew he wanted his work as an intern to have a real impact. Stephan stated, “ I have always felt the most motivation towards learning when solving real problems, and this was something both of my friends expressed from working with Aquicore. Knowing that I would be able to make changes and work with a team of interns providing solutions and fast-paced impact on real world problems was something I found invaluable.”

Since the start of his internship, Stephan has already gained exposure to web frameworks, working in databases, and back to frontend development. He believes this was all due to an extremely helpful team and welcoming work environment that encourages asking questions and exploring new ideas. In the short amount of time interning with Aquicore, he has gained a lot of confidence in tackling larger challenges that once seemed overwhelming to get into, this has helped with his general mindset and approach to assignments and projects for school. His thought process towards planning out how to solve larger problems with multiple moving parts has changed. He learned solutions are not only based on the current problem at hand and now understands the value of mapping out a solution that has the ability to accommodate future needs and changes. Stephan is currently working on features of our website that will be used internally to make workflow more efficient for other teams in Aquicore.

Last but certainly not least, our third intern is Walter. Walter is in his last semester of studying Computer Science at George Mason University for his Bachelor’s degree. Walter started off his degree majoring in Cyber Security Engineering, but switched to Computer Science in his second year of college because he felt like he was missing out on the hands-on experience that comes from a Computer Science degree. He enjoys being able to work on projects that help people with simple tasks, whether it be a simple tipping calculator or something on the scale of what Aquicore has created to save energy and have an impact on our environment.

Walter heard about Aquicore from a friend a year ago and was intrigued by what the company was doing. The small team aspect of the company really appealed to him as he believed it would enable him to learn more from his peers around him. A year later, he is happy to have been given this opportunity.

In pursuing his education, Walter took a Web App class that taught him JavaScript and React JS, which has helped him become successful in the projects he has been working on. Walter is currently working on the Aquicore mobile application and fixing various bugs that have been halting the user from a more seamless experience.

The internship program at Aquicore is very important because our interns give us a fresh perspective and new ideas. The interns help their department achieve company milestones in a faster manner all while learning the ins and outs of how Aquicore is bettering the planet by bettering the built environment. We love our interns and a lot of work goes into finding the right intern for the right role. Historically, most Aquicore interns have extended the length of their program and some have become full-time employees. Aquicore is very excited about the 2020 summer internship class! Within a week of our new interns being assigned their first tasks, they were ALL able to release changes and additions to the product that would have an immediate impact on our user experience! We have very high hopes and expectations for these interns and can not wait to see their potential!