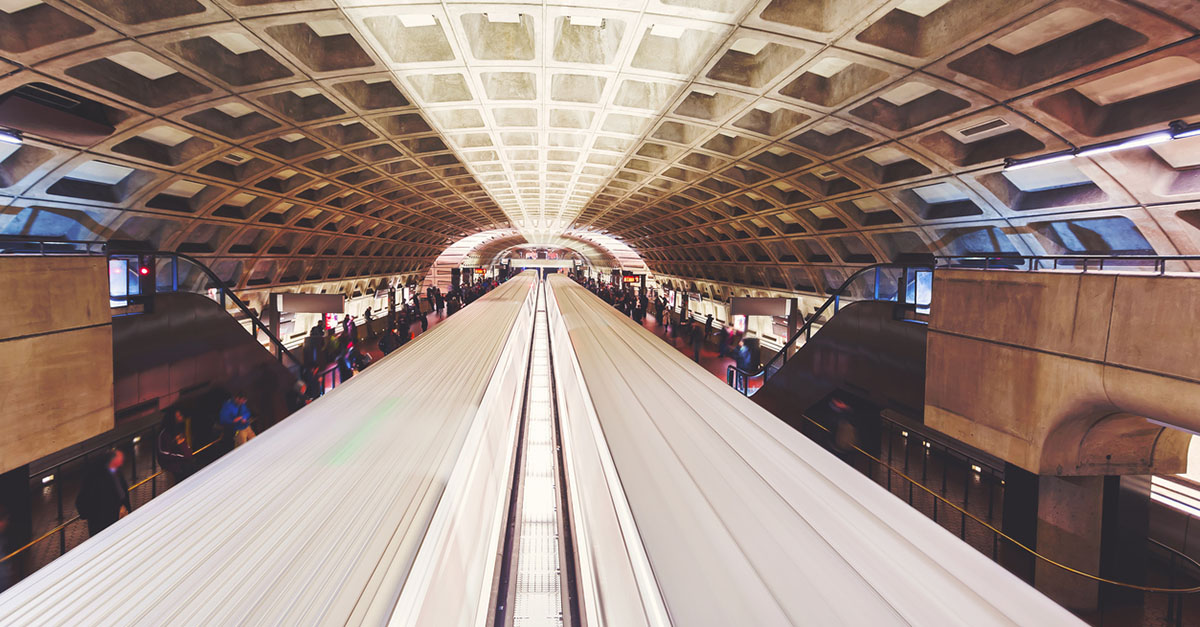 Why Does Everyone Want Public Transit To Pay For Itself?

When it comes to public transportation, no press is good press. Every time you hear about your local metro system, it’s all death spirals and fare hikes and expensive maintenance failures. The result of all of this negative attention is that the discussion around public transit is most frequently framed as an expensive drain on taxpayer funds. It’s easy to imagine that public transit might pay for itself if it weren’t for the graft and mismanagement. After all, we tap away several dollars a day (using the smart cards that we also bought), and no one doubts that there is mismanagement.

All of that is true, from a certain point of view. If you’re open to it, though, allow me to shift your frame a little bit.

The first thing to understand is that there is no scenario in which a major public transit system will pay for itself. Not even close. The closest in the united states is the New York City Subway, which brings in about three-fourths of the system’s ongoing operating costs. This figure is often referred to as the “farebox recovery” rate. That doesn’t even start to touch the cost of constructing the system or fixing problems when something goes wrong, and again, that’s the best it gets. In other cities, as much as 89 percent of operating costs are covered by government subsidies.

It’s important to understand the hopelessness of wishing that public transit systems will pay for itself, because it allows us to disregard the idea. We can continue to be frustrated with cases of mismanagement, but in this light, we can see that transit is not a private good that we are forced to subsidize because of mismanagement alone. Instead, it is a public good that we recoup some of the costs of with fares.

So Why Do We Pay For Public Transit?

The next question, then, is why we are paying for this public good. We pay for public parks because they increase property values and quality of life enough to be worth the money we spend on them. We pay for roads and bridges because the ability to transport people and goods around quickly generates economic growth and is objectively valuable to the people who use them.

According to scholars like Daniel Chatman of UC Berkeley, public transit not only provides similar benefits to society, but those benefits are measurable in fiscal terms. Chatman claims that public transportation - and the expansion thereof - result in agglomeration, the increase in density of people living and working in a given area. Agglomeration is a key component of economic growth in an area, both because there are more people to take and create jobs, and because the corresponding increase in creative collisions leads to further innovation. Put simply, the more people you can comfortably pack into a given area, the more economic growth that area will experience, all else being equal.

More importantly, Chatman’s research suggests that the biggest benefit of increased public transportation goes to cities. Roads in major cities are sufficiently congested that it is difficult for further agglomeration to take place - traffic is just too bad. In these cases, public transit is usually the most effective way for cities to continue to densify.

"These results could be dropped directly into a cost-benefit analysis," Chatman told CityLab. "It would show a higher benefits-cost ratio for rail investments, particularly rail investments in large cities with existing transit networks."

For a study that contends with a shocking number of variables, the study yielded surprisingly concrete results. For example, an increase of four rail or bus seats per thousand residents yielded a 19 percent increase in employees per square mile. Similarly, an additional 85 miles of rail resulted in a 7 percent increase. Chatman and co-author Robert Noland also found that a 10 percent expansion in transit service of any type resulted in a wage increase of between $53 and $194 per year for the average worker and additional growth in gross metropolitan product of between 1 and 2 percent.

Much harder to quantify, but also important to consider are property values. Access to public transit generally conveys a premium to the value of all nearby properties. The degree of value added depends on several factors, many of which are similar to those above.

First, local regulatory framework - particularly zoning laws - can hinder transit-oriented development. Cities with single-use districts around the public transit systems they are building out often find that developers aren’t able to properly capitalize on the benefits of those systems. Fortunately, this can be an easy fix. Local governments can rewrite their zoning laws or develop exceptions for transit-oriented development if they have the support of the local community.

Another important factor is the size and density of the population that any given area is being connected to. As is the case with economic growth, the amount of value that a transit node will add to nearby properties is related to agglomeration. This makes sense on a basic level: A nearby train station is worth a lot more if it can take you to more, and more interesting, places. This is sometimes called a network effect and it applies in other places. Telephones, for example, became more valuable as more people obtained telephones of their own.

Finally, the existing economic conditions in the region or country have to be considered. In a bullish economy, connecting a new area to a transit network is likely to spur development and increase property values. In a struggling one, though, there may not be available capital or sufficient returns for developers to immediately move on the opportunity. As the National Association of Realtors points out, transit can’t “swim against the tide”. Cities looking to transit alone to produce an economic miracle may be disappointed.

Should Public Transit Be Free?

The logical question to ask next is whether we should simply remove the requirement that users pay for public transit at all. If fares are never going to cover the cost of public transit anyway, why even bother with them?

There are actually three fairly compelling reasons to keep some level of fare in place. The first and most obvious is that, while fares don’t cover a large portion of the total cost of a public transit system, they do defray some of the cost. Eliminating fares for a public transit system would result in an increased tax burden to the local community. In a major city like Washington, DC, that figure is more than half a billion dollars.

Of course, placing that responsibility on taxpayers is an option, and there are supporters of that approach. Generally, advocates for a free public transit system see it as a progressive way of allocating tax revenues because users of public transit tend to have lower incomes than non-users. Opponents of that strategy often feel that users of the system should bear some of the costs of running it directly. How much of those costs they should bear is a difficult policy question for each community to decide.

Another consideration is the way that fares restrict the use of public transit systems, many of which are already overcrowded. Placing a nominal price on a limited public good or service, even if that price doesn’t cover the cost of providing it, is a common strategy for more efficient resource allocation. Basically, if something is free, people who don’t need it will use too much of it and there won’t be enough for the people who do. That doesn’t translate perfectly to public transit, which can’t be “used up” per say, but the analogy fits pretty well with reality. In a 2002 report by the National Center for Transportation Research, the authors found that experiments with fare-free public transit in Denver, Colorado, Trenton, and Austin resulted in a strain on the system from local young people, including vandalism, graffiti, and other behavior that affected other riders’ experience.

Finally, we have to consider whether cutting out fares would help communities to accomplish their goals. In this view, a rider who would otherwise have walked or cycled but chooses to use public transit because it’s free represents a failure for the system. A rider who is enabled to take a job further away because of the absent fare or who chooses public transit over driving represents a success. Unfortunately, the same study indicated that the bulk of the increase in riders due to their experiments were of the former category, not the latter.

So where does that leave us?

Public transport probably shouldn’t be free, but it’s too expensive for it to pay for itself via fares. It creates value and growth in nearby communities, but not in every case. What does that mean for how we should think about public transportation systems and the money that pays for them?

The obvious solution is for us to continue more or less as we have been, but to recognize that the tax money going into public transit isn’t being wasted. Policymakers could use the tools created by Chatman and others to include the likely benefits of improved transit into their calculations when they decide how to allocate tax revenues.

Regardless of what actions cities decide to take, what is clear is that it’s time to stop demanding that public transit pay for itself directly. In indirect, but clearly measurable ways, it already does.