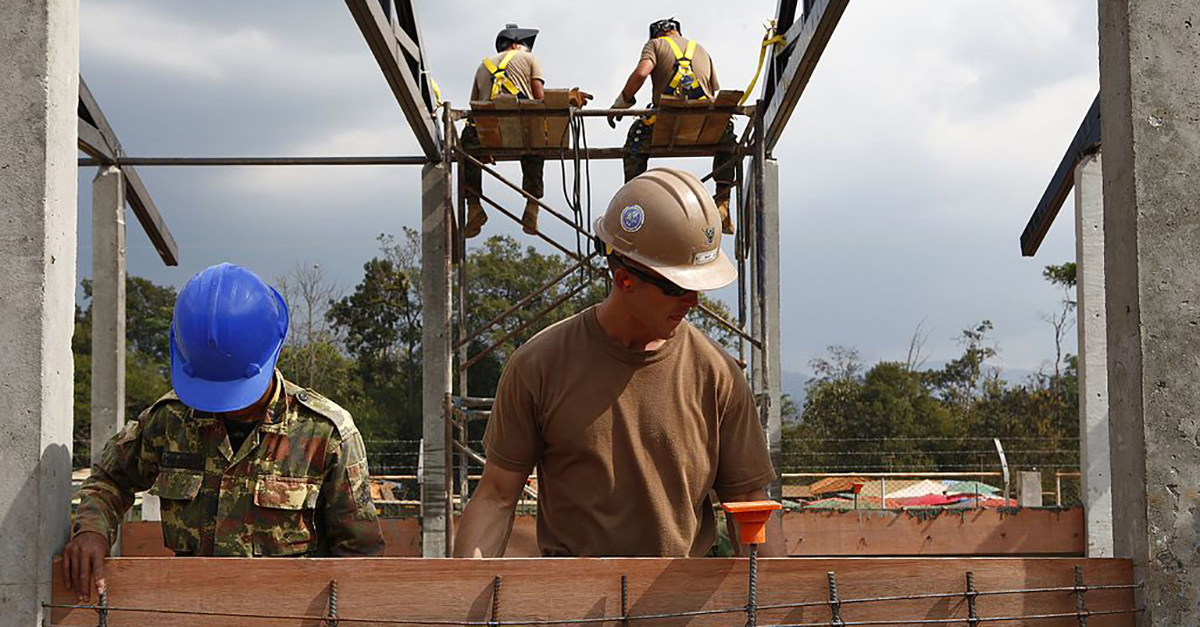 How To Fix The Construction Labor Shortage

In survey after survey, commercial development and construction leaders are ranking a shortage of skilled labor as one of the top challenges they face in creating new buildings and renovating older ones. Pointing fingers is easy, but understanding why this problem is happening now - and what we can do to fix it - is a trickier prospect.

It’s a tricky problem. As construction costs go up, you would expect the supply of construction labor to increase accordingly. The cost of building a multifamily building between eight and twenty-four stories tall increased by $23.40 per square foot between 2013 and 2016, according to Fannie Mae. Even more dramatic is the $15 per square foot increase expected in 2017. And yet, The Wall Street Journal reported this summer that more than a third of contractors have said that they are forced to turn down work. In March, there were 150,000 unfilled construction jobs in the U.S., and 73 percent of firms reported difficulty finding qualified workers.

Thrive Home Builders CEO Gene Myers told CNBC that it’s a particular concern, at least in the Denver housing market, that construction seems to have reached capacity at such a low level of sales. Generally, he said, Denver would reach its average sales rate of 15,000 homes per year before labor got tight. Today, the market is doing just half that.

If you listen to Rob Dietz, chief economist for the National Association of Home Builder, the problem is that “these jobs, Americans don’t want.” He focuses on the effect that the Trump administration is having on the immigrant workforce by imposing travel bans and threatening to build a wall between the U.S. and Mexico. Immigrants make up an estimated quarter of the overall construction workforce, but this may not capture the full picture, as it’s difficult to track or prevent the use of undocumented workers by subcontractors.

There must be some truth to this. CNBC spoke to a Mexican immigrant named Juan who with his brother-in-law started an excavation company last year. Juan explained that he and his friends are purchasing property in Mexico and planning to move there now that they feel their future in the country is uncertain. Immigration enforcement over the last decade, coupled with economic woes, have also decreased the number of manual laborers coming over the border significantly. Still, while one-quarter of the workforce is not insignificant, it’s important to ask what is happening to the other three quarters.

Writing for Slate’s MoneyBox, Daniel Gross expressed a common populist theory: Employers simply aren’t willing to pay enough. He notes the 77 straight months of payroll job growth the U.S. has just experienced and the current 4.8 percent unemployment rate. He also brings up the 5.6 million job openings at the end of January, per the Bureau of Labor Statistics. As a result of these compelling figures, employers simply have to be willing to pay more competitively than they were in the past in order to attract talent.

Gross claims that the low pay mentality that took hold during the recession and the years immediately following it led construction employers, among others, to bake stagnant wages into their business models, leading them to be resistant to the need for higher wages in competitive markets. In his estimation, business leaders could end the labor shortage tomorrow by simply offering workers enough to leave the positions that they are in now.

Again, this may be partly true. Low wages did take hold during the recession, and many qualified workers did leave the construction business for greener pastures. However, there are clearly more complicated factors at play as well. After all, CNBC noted that wages in the residential building industry, at least, were rising by twice the rate of wages in the economy overall, and stiff competition on price appears to be happening already. Myers told the news source that some builders in his market were spray painting pieces of plywood to advertise higher wages at competitor’s build sites.

The third, and possibly most compelling option is that the industry doesn’t have the organizations and infrastructure in place to create a pipeline of qualified talent anymore. As a result, existing talent has been aging for a long time and the exodus of construction workers caused by the recession simply opened our eyes to the problem earlier. This is the position taken by Michigan State University Human Resources and Labor Relations professor Dale Belman in writing for the Economic Policy Institute and in a recent interview with Bisnow.

“The decline of union representation in the construction industry of the past 40 years coincides with an increase in issues related to worker training and a shortage of skilled craft workers,” Belman wrote. “Training highly skilled craft workers requires multi-year programs that combine classroom training and on-the-job experience. With the large-scale shift to nonunion employment, the apprenticeship system has declined.”

Essentially, construction unions formed the backbone of a structure that helped younger, newer construction workers to be mentored by more experienced workers, to gain skills in and out of the classroom, and to see what the concrete benefit of those skills might be. Whether you agree with unions or not, it is difficult to deny that one of the unforeseen consequences of moving away from unionized labor in the construction industry has been a dropoff in the industry’s talent pipeline.

As some of Bisnow’s subsequent interviewees note, there are potential alternatives to the union system for helping workers to gain skills. Businesses could step up to the plate and provide training for their own employees, or we could place a renewed focus on the trades in high school. For as frequently as this latter option is discussed, it doesn’t seem likely that there will be any progress in the near future. The Trump administration plans to cut $168 million from vocational programs as part of its $10.6 billion in cuts to the federal education budget.

So, what should be done about the construction labor shortage? Probably a combination of all three should be applied. In the short term, wages will likely rise in response to increased demand for skilled labor, and that should prompt at least some workers to re-enter the industry. However, there is still the danger that the next recession will wipe out some of those wage gains, and even more workers could exit construction.

Taking a slightly longer view, many leaders in construction and commercial real estate want to see immigration reform that allows workers to feel secure about their position and future in America. This would go a long way toward increasing the base of employees entering the industry and sticking around to gain useful skills.

Finally, taking the long view, it would be helpful for construction to find a system under which employees can more reliably gain the skills that will allow them to be successful in construction. This could be a return to unions, a vocational program, a business-led initiative, or something completely new. The form isn’t important - what is important is that workers be able to see how skills will benefit them through their careers and have a clear path to obtaining them.