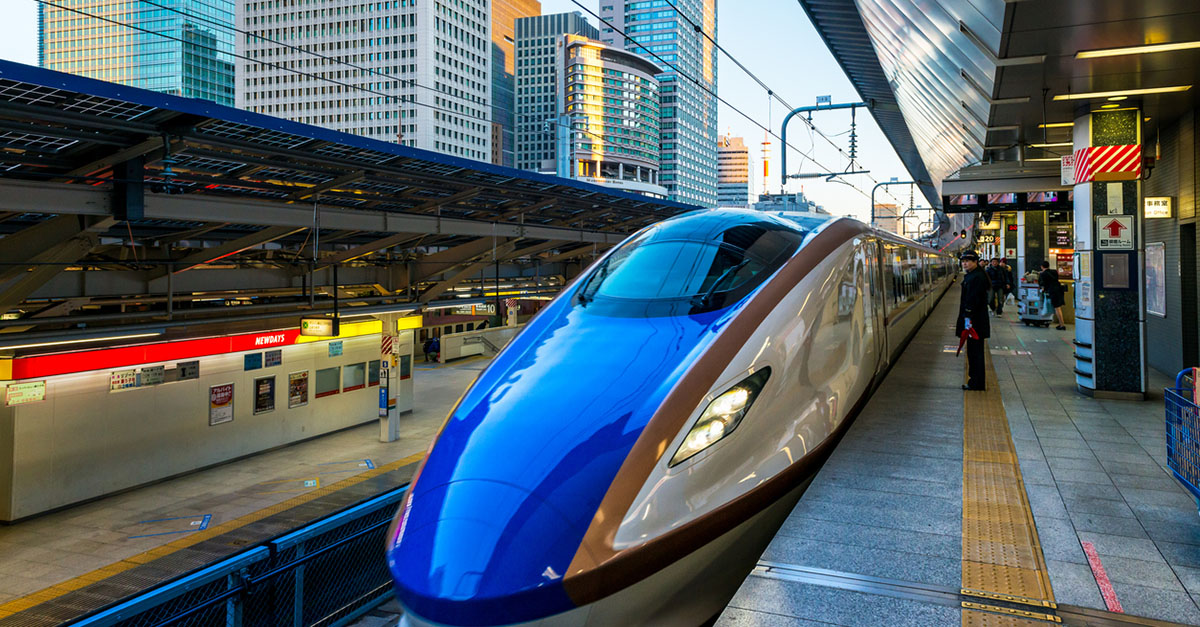 The Future of High-Speed Rail in America

The single element of modern life that most shapes our cities is transportation. The ways we traverse our immediate communities, our larger societies, and our world have a profound impact on everything we do; the jobs we are able to take, the leisure activities we pursue, the things we are able to buy, and the homes we live in are all intimately tied to transportation.

In the digital pages of this blog, we’ve discussed self-driving cars, ridesharing airplanes, real estate in space, and even virtual reality - another kind of transportation. It’s weird, then, that we’ve never talked about one of the most hotly-debated (in the exciting world of transportation policy) technologies out there: high-speed rail.

When high-speed rail is done right, it pulls cities closer together in ways that are difficult to ignore. The speed at which space-age trains can travel and the lack of traffic to contend with mean that commutes are often half of what it would take to drive the same distance. Better still, far less carbon is emitted, less space needs to be allocated to parking, and poorer residents, who are less likely to own cars, are able to travel. Strong public transportation options stimulate the economy by connecting employers with broader pools of workers and vice-versa and lift the value of properties located near stations.

The dark side of high-speed rail is inevitably its cost. According to Bent Flyvbjerg, an infrastructure risk expert at the University of Oxford cited by the LA Times, approximately four-fifths of bullet train systems cost far more to construct than is initially anticipated. Considering that public transit systems rarely pay for themselves even after construction costs, it’s easy to sympathize with critics who feel that taxpayers shouldn’t have to foot the bill for projects that are sometimes wildly expensive.

In Florida, a private rail line called Brightline is demonstrating what a high-speed rail system done right can look like in the U.S. Later this month, the recently-constructed system plans to open partial service between Fort Lauderdale and West Palm Beach, and eventually plans to connect Miami to Orlando. What is remarkable about this case is that this $3 billion project is entirely privately funded, and the company behind it, All Aboard Florida, expects to make a profit.

Part of this strategy involves developing the land around the stops the train will make. The Miami station that is slated to open next year, MiamiCentral, will hold 130,000 square feet of retail and 50,000 square feet dedicated to a food hall. There is also 1.5 million square feet of mixed use development coming up around the Miami, Fort Lauderdale, and West Palm Beach stations.

John Renne, director of the Center for Urban and Environmental Solutions at Florida Atlantic University, explained the strategy to NPR.

"Housing is super expensive, so when you build new housing in these particular locations, they are in high demand from the people that want to live close by," he said. “The research shows that the transportation service itself rarely makes a profit, but when you combine the real estate and development opportunities with the transportation service, you can ... actually get to a very profitable outcome."

Technically, Brightline doesn’t meet the normal standard for “high-speed rail.” The term generally applies to trains that go faster than 120 miles per hour; that’s Brightline’s maximum speed, and trains in operation are expected to average 80 miles per hour. Nevertheless, this represents a significant improvement over existing solutions in the area.

For contrast, consider the bullet train that is currently under construction between Los Angeles and San Francisco. A confidential Federal Railroad Association risk analysis that emerged recently found that budget overruns could inflate the cost for just the first 118 miles to $9.5-$10 billion. That represents a 50 percent increase from the original budget of $6.4 billion. Almost as bad is the delay included in the paper - the Central Valley track was expected to be completed this year, but the risk analysis estimated that it wouldn’t be done until 2024.

California Rail Authority Chief Executive Jeff Morales said in an interview that the analysis should not be taken as a conclusion about how much the project will cost, but that they represent projections as to how much it might cost if the authority did nothing to intervene. He said that he was confident that it would ultimately come in below the cost in the analysis.

However, as the LA Times noted, audit reports from 2016 found that the rail authority consistent management processes, orderly records, and even clearly defined responsibilities among its senior staff. It also indicated that the authority was taking on unnecessary contract risks. Another report obtained by and interviews conducted by the paper found that employee morale was low and declining and that turnover was high, including among senior staff.

Part of the problem may be that the authority is an independent body that has never built anything before. It relies on a broad base of consultants and experts to give it guidance, an approach that has fallen flat for government projects countless times before. The authority is also having significant difficulty obtaining the land that it needs to build on in the timetable that was initially established or even processing paperwork internally - it reportedly takes three months to process an invoice.

Proponents of the high-speed rail say that the value to the state can’t easily be quantified by ticket receipts, which will probably not make up the cost of building and maintaining the system anytime soon. Instead, they argue that increased property values and economic activity will make the line worthwhile and that the state should fund the project’s increased costs even by raising taxes if necessary. However, the apparent mismanagement of the project and cost overruns are giving ammunition to opponents who would prefer to shut it down rather than continue paying for it.

Finally, we come to the single most hyped public transportation option in quite some time: the hyperloop. Elon Musk, the founder of SpaceX, Tesla, and most recently The Boring Company, pitched the hyperloop for the 375-mile stretch between LA and San Francisco in 2012. Since then, the system has been varyingly toyed with, improved upon, decried as ludicrous, and given the green light by technologists, policymakers, and business leaders across the U.S.

More recently, some areas have given permission to various companies to take their version of the transportation system off the drawing board and into reality. A lot of people are very excited, but results may vary.

First, what is the hyperloop? It isn’t your standard high-speed rail. Most systems are still gliding above a magnetized rail, but the hyperloop employs a long, straight tube that maintains an internal vacuum to decrease wind resistance. This allows internal cars - which are sometimes designed to connect like a train and sometimes designed to operate independently - to travel at speeds that would otherwise be close to impossible on land. At least one company is shooting for speeds of up to 700 miles per hour. This would cut the 375-mile journey between LA and San Francisco to a brisk half an hour.

There are several hurdles to cross, but proponents believe that it is possible to overcome them. First, there is the maglev system. Japan, which implemented the first high-speed rail, is right now discovering that an inter-city maglev system under construction may be prohibitively expensive. Another issue is maintaining the vacuum seal over a long distance. At least one company - Arrivo - decided to eliminate the vacuum tubes for its test system in Denver. The result is a system that only travels 200 miles per hour, but it’s easy to see why the decision was taken. At the speeds that a hyperloop car travels, a failure of the seal could result in catastrophic destruction.

Earlier this year, Elon Musk claimed on Twitter that he had received “verbal government approval” for a system linking New York and Washington, DC. That has since been scaled back to a test project running ten miles, but it’s hard not to imagine what it would be like to travel between America’s political and cultural capitals in less than 30 minutes. Areas along the route might overnight become exurbs of either city. Development around the stations in each city - already valuable real estate, most likely - might explode as a steady stream of commuting professionals and travelers passed through them every day. In some respects, the connected cities might start to feel like one city - after all, the journey between each would take less time than it does to drive outside either city.

High-speed rail has faced significant challenges almost everywhere it has been implemented, and there is no doubt that the hyperloop will have no shortage of its own kinks to work out. However, experience from other countries and common sense suggest that such systems could have a transformative effect on American cities and their surroundings.