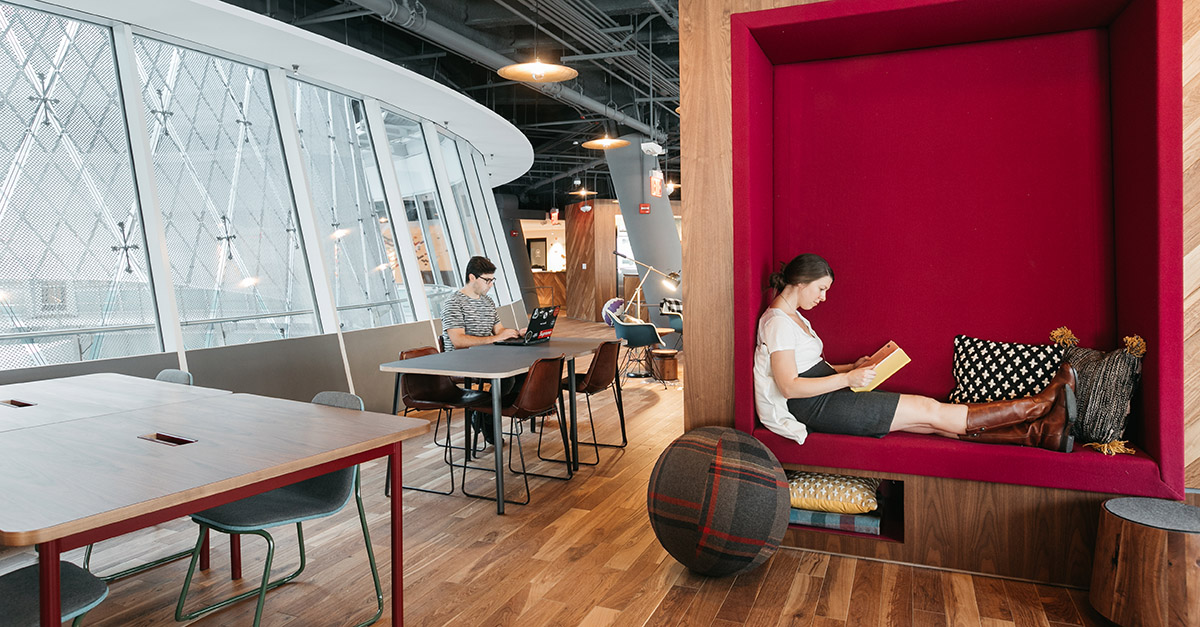 If WeLive Isn't How We Want To Live, What Is?

As WeWork’s errant venture WeLive has found out over the last few years, humans are capricious creatures. We crave company, but we also demand privacy. We pine for the close-knit communities that were once the hallmark of human life right up until that house next to our mother-in-law becomes available.

Just a few years ago, WeWork set out an ambitious goal - WeLive would make up 20 percent of its revenue by 2018. As our more astute readers may have noticed, it is 2018, and most of us have yet to give up our old-fashioned apartments with things like walls and private kitchens and affordable rents. As of today, there are just two WeLive buildings in operation, one in Manhattan and another in Arlington, Virginia.

What’s happening? Well, they say that progress happens one funeral at a time, and perhaps we’re just a few million funerals away from Gen Z’s inheritance of the Earth, its move away from home, and its subsequent move into the adult dorm room that is the WeLive environment. Could be. But there is reason to think that factors apart from perfectly natural old fogey-ism that are halting humanity’s glorious move into a post-personal-home future in the WeWorld. Like, maybe they aren’t quite right about what it is we want in a community.

How to Live in a WeLive

One of the reasons WeLive is frequently - and not always pejoratively - called an “adult dorm room” is that they make living there so darn easy. Start by having a lot of money. You’ll need at least $3,050 a month to rent a studio at the company’s swank Wall Street address. If you have a near-inhuman tolerance for company, though, like at least three WeLive enthusiasts, you could look at splitting the $5,000 cost of a one-bedroom a few ways and share a room.

That’s it, though. Everything else - cleaning, picking out furniture, decorating your space, making coffee, making friends - is all handled by WeLive, along with more amenities than you can shake a stick at. Hot tubs and pool tables, bars that double as mailrooms, saccharine happy hours, and common spaces of every shape and size abound.

More important than the perks, though, is the carefully managed sense of community that WeLive is attempting to cultivate. The venture’s homepage declares a “fundamental belief that we are only as good as the people we surround ourselves with,” and that “life is better when we are part of something greater than ourselves.”

On paper, the idea is sound. We’ve written before about creative collisions; packing in a lot of young professionals in a relatively small space and helping them to mingle is a great way of accelerating innovation. Even removed from a work and efficiency context, though, fostering communities might be a good idea in an increasingly isolated age, especially as researchers warn about the individual and communal risks of loneliness.

That might be a particular selling point for the target demographic. WeWork and WeLive exist primarily to serve the unwashed mass of mostly-male, mostly-white, mostly-20-somethings that make up the tech sector. In Bloomberg’s dive into the brave new WeWorld, this figure is represented in August Urbish, WeWork evangelist and proud founder of an esoteric social media startup. Urbish credits WeLive with helping him to come out of his shell and stop being “such a spaz.” If he were to get married, he now has 40 friends that he would invite - up from seven. No word yet on the open bar situation.

So What’s The Problem?

Honestly, when you read quickly, everything sounds quite nice. Who wouldn’t want to wake up to a complimentary cold brew every morning? I’m not a big hot tub guy, but maybe I would be if I ever had one around. And I’ve always suspected that somewhere, buried deep in our mammal brains, is a universal desire to live in a Real Community. So hasn’t WeLive been more successful?

A recent study by Ikea’s Space10 “future living” lab sheds a bit of light on the matter. Space10 conducted their survey using a fascinating methodology - it asked responders to imagine that the year is 2030 and had them “apply” to a co-living home that matched their preferences.

Again, it seems that WeLive has the fundamental idea right. “Applicants” were less interested in the money that they might save or the richer amenities or neighborhoods they might be able to afford than they were in the social implications. It seems that being part of a community is a strong draw for a lot of people.

The picture starts to come into focus, though, when you start asking about specifics. The majority of responders said that they would like to co-live with between four and ten people. Compare that to the 23 floors of co-living space WeLive has planned for Seattle.

And this jives with observations in a lot of the writing about the WeLive experience. It feels a bit corporate and a bit like a hotel. That’s no surprise - there’s a reason hotels feel sterile and isolating. Only the most assiduous socialite could feel like they were living in a community with so many people.

A close read also reveals a few of the cracks. Urbish, Bloomberg’s WeLive evangelist turns out to be a social “ambassador” for the brand in exchange for a discount on rent. There’s nothing wrong with that, of course, but it does cast his cheery outlook on the WeLife in a slightly different relief.

The writer for the same piece describes being invited by a few other residents to a bar down the street for post-happy hour drinks. When she gets there, one of those residents, too, turns out to be an ambassador. And that’s fine, again, but it’s hard not to feel like a picture of the community is coming into focus.

This is actually a two-part question. First, is the venture WeLive doomed? The answer is almost certainly “no.” While WeLive doesn’t seem to be catching fire the same way WeWork did, it seems like it’s finding success in a core market of long-term dwellers and some unexpected success as a high-end, medium-duration hotel.

There are plenty of options for pivoting, should that become necessary. As James Woods, head of WeLive, told Crain’s New York Business, the venture is constantly evolving. In fact, he suggested that there might be a new aspect to the venture’s strategy launching with the planned Seattle building.

The deeper question is, is co-living doomed? I’m also tempted to say “no,” with the caveat that different approaches will need to be tested before we land on a winner. Could the key be to develop smaller communities within larger WeLive buildings? That might solve the community size problem, and it might even help to open co-living’s appeal to other types of renter. So far, WeLive has given off a pre-family adults-only kind of vibe, but that could change with, say, a floor devoted to families with children.

Another option is that WeLive might scale back its co-living dreams into something closer to a curated and managed, but ultimately traditional apartment experience. As WeWork expands, it has proven its willingness to offer single-tenant spaces that it curates to provide a co-working experience without actually, you know, co-working. It might be that renters want to participate in a community, but want the freedom to retreat to their traditional apartments when they feel like it.

A final thought for the crowd that is certain co-living is the future: Not everyone will be able to afford the steep rent that comes with living in the WeEnvironment. Strip away the fancy amenities, the pictures of succulents on the walls, and the complimentary cold brew coffee and you have an idea that has, in fact, been around for quite some time - the kommunalka.