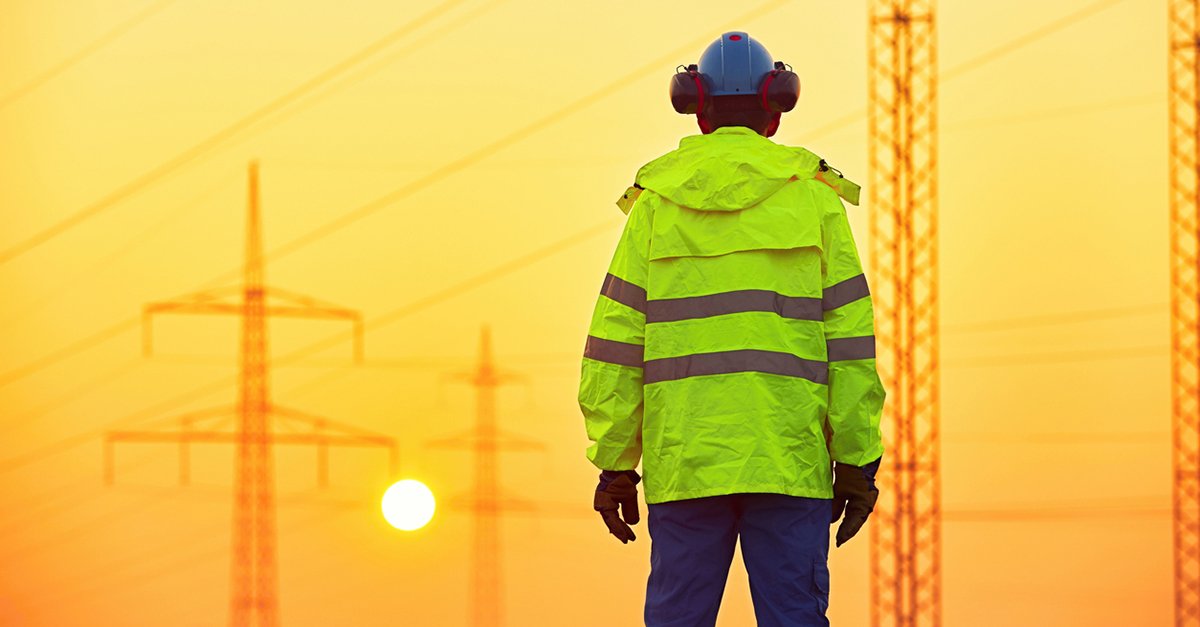 Look to Green Energy to Bring Back US Jobs

The views and opinions expressed in this article are those of the author and do not necessarily reflect Aquicore's official positions.

For decades, the American jobs narrative has focused on the ways in which we're losing jobs and policies that might bring them back. Instead, we should be focused on how we can create new jobs that play to our country's specific competitive advantages.

The "lost jobs" narrative is everywhere. On the campaign trail, our new president devoted significant time to advocating for protectionist trade measures. Democratic nomination contender Bernie Sanders expressed sentiments in a similar vein during his own campaign.

Unfortunately, while trade has certainly resulted in some lost jobs in America, most of the evidence points to automation, and not outsourcing, as the long-term cause of American job losses. For an easy example, we don't have to look any further than the American steel industry. According to a study published in the American Economic Review, it hemorrhaged approximately 400,000 jobs (75%) between 1962 and 2005, while maintaining a production rate that was roughly steady for the entire time.

In fact, while overall American manufacturing employment has declined significantly, manufacturing output has actually doubled in the last 30 years.

So protectionism probably won’t work, and as of yet, we haven’t agreed on a way to stop robots from taking our jobs. We do, however, have the chance to build a new American industry that could eventually employ millions of people in well-paying jobs, secure our energy independence, and potentially outcompete a geopolitical rival.

We could invest in clean energy.

In 2015, the most recent date for which the U.S. Energy Information Administration provides statistics, coal produced about one-third of all domestic electricity. Natural gas produced another third and nuclear power produced a fifth, leaving only about 13 percent to renewables.

Given this information, it would be easy to assume that the fossil fuel industry accounts for the vast majority of energy jobs. That would be a mistake. Significantly more Americans are employed producing clean energy than are employed by the coal and natural gas sectors.

According to U.S. Bureau of Labor statistics, roughly 396,000 people were employed in oil and natural gas production as of midway through last year, and that includes oil for exports and non-energy products. This figure has been steadily declining from a peak of 538,000 in October 2014, and (this is important) the decline hasn’t been coming from outsourcing or a decline in production, but to increases in oil production per new well. In other words, we’re talking about gains in efficiency and automation.

Add in the meager 54,000 people currently employed in the coal industry, and you total 450,000 total fossil fuel jobs in the United States. Certainly nothing to sneeze at, but not the jobs panacea that coal supporters seem to expect when they make calls to roll back the clock.

Meanwhile, research conducted by IRENA, the International Renewable Energy Agency, found that 769,000 people are currently employed in the renewable energy sector. That’s not even including large hydropower, which employs about 1.3 million worldwide. Of this 769,000, 194,000 work with solar photovoltaics, 277,000 with liquid biofuels, 88,000 with wind power, and 152,000 with solid biomass. The rest are spread across several smaller green industries.

This research marks an increase of 45,000 jobs from IRENA’s 2015 figures for renewable energy jobs - a 6.2 percent increase.

Clean Energy is a Growth Industry

In case it wasn’t already clear that clean energy has the potential to be a major boon to the nation’s economic outlook, let’s turn to the long view.

In late 2015, ICF International prepared a study for NextGen Climate America, Inc. titled Economic Analysis of US Decarbonization Pathways. Among other findings, the study estimated that under a scenario in which the U.S. invested heavily in renewables, our economy would add one million jobs directly and indirectly related to renewable energy by 2030. By 2050, that number doubles to almost two million jobs.

Dr. Bansari Saha, senior economist with ICF International and the study’s author, was careful to point out that these jobs come from the level of investment needed to transition to a high renewables economy.

“If you have to transition your transportation infrastructure into all-electric vehicles, for example, you need a lot more charging stations,” Saha told Aquicore. “And that requires investment. And that creates economic activity that creates new jobs.”

There are countless areas where investment and labor would be required for a serious transition to a low-carbon economy. Solar and wind farms would need to be built, and these farms would require new infrastructure to move the power they generate to load centers. These load centers would also have to be built in many cases. All of that requires investment that creates additional jobs.

Of the nine regions that the study breaks the U.S. into, seven are net jobs gainers, meaning that they end up with more jobs under a “high renewables” scenario than they would on their current trajectory. One of the most interesting findings in the study was that all nine regions saw improvements in disposable household income - even the two that were net jobs losers.

“You might be losing 100 jobs in, say, the convention fossil industries, but you’re gaining 80 jobs in renewable industries,” Saha explained. “So on the whole, you’re losing 20 jobs, right? However, the 80 jobs that you gain from renewables are likely to be better quality jobs. So the incomes they generate are, all else equal, higher than the incomes that you lose. So this is the argument for moving from the jobs of yesterday to the newer jobs, which require more skills, so therefore are better paid.”

This high-skill approach to modern labor is similar to the approach that many economists credit for Germany’s booming middle class, even as surrounding countries experience economic woes. Germany has a robust safety net and system of unions and invests heavily in worker training.

Incidentally, Germany’s Energiewende plan, under which they are transitioning away from coal and nuclear energy and toward renewables, has already been credited with creating almost 400,000 new jobs in the much smaller country.

If We Don’t Do It, China Will

Historically, new industries start off distributed and then consolidate or compete until only a few major players dominate the market. Rockefeller’s Standard Oil in late 19th century, Bell System in the 20th century, and Google in the 21st century all provide cogent examples of this trend. The countries that those players call home tend to see the largest economic benefits from their industries.

“The U.S. was one of the forerunners in … some of the more conventional pollution control technologies that are now taken for granted across the board in the developed world,” Saha commented. “Because of some of the policies that were in place back then, the U.S. was able to take advantage of being on the cutting edge of that innovation. So similar things could happen here as well.”

Perhaps at some point in the mid-20th century, America could sit back and safely assume that she would play host to the key players in any emerging industry. That time is over.

According to IRENA, China employs 3,523,000 people in clean energy. The skills, infrastructure, and expertise that those three and a half million people are building now may prime them to dominate the renewable field for the foreseeable future, should the U.S. continue on its present course. Considering that President Trump made competition with China an important part of his campaign, the prospect of losing the race to dominate one of the major industrial fields of the future should be on the top of his agenda.

A 2015 working paper by Sussex University professor and progressive economist Mariana Mazzucato titled The Green Entrepreneurial State demonstrated how national investments in green technology now could lead to dominance in parts of the renewable energy sector later. She pays particular focus to how China is building a green energy industry that it may be difficult for the west to compete with.

China has invested heavily in solar. On the supply side, the China Development Bank extended $47 billion in financing to 15 leading photovoltaic manufacturers after 2010. This access to capital has allowed the firms to grow quickly and establish themselves as important global actors in the PV field.

By 2012, European and U.S. officials saw the low-cost loans offered to Chinese solar manufacturers as an unfair advantage and compensated by implementing tariffs. As these tariffs began to re-center industry away from China, the Chinese government effected a powerful demand-side policy. It revised its domestic solar power development goal to 20 GW by 2015, necessitating the purchase of 17 GW worth of capacity over three years.

Data from the state news agency Xinhua indicated that not only was this goal exceeded but that an additional 20 GW of solar capacity was installed in the first six months of 2016.

The Chinese government also set and subsequently exceeded a goal of 100 GW of wind power by 2015, and set an even more ambitious goal of 1,000 GW by 2050. This goal, assuming that the country continues to adhere to it, all but ensures that Chinese green energy firms will have access to all of the demand that they can meet as they ramp up production and improve their technology and fabrication techniques.

Of course, it is difficult to appreciate a marginal rise in the American standard of living when yours is one of the jobs that is lost.

The answer - perhaps the only answer - is for America to look to its competitive advantages. American workers can’t compete with robots on speed or efficiency, but they can do complex, non-repetitive tasks in a way that, for now, robots can’t. Similarly, they can’t beat foreign workers on the cost of labor, but they can compete with specialized knowledge and skills.

A massive investment in a new industry, one that requires in-depth knowledge and complex work, may be exactly what America needs. Green energy would an excellent choice.