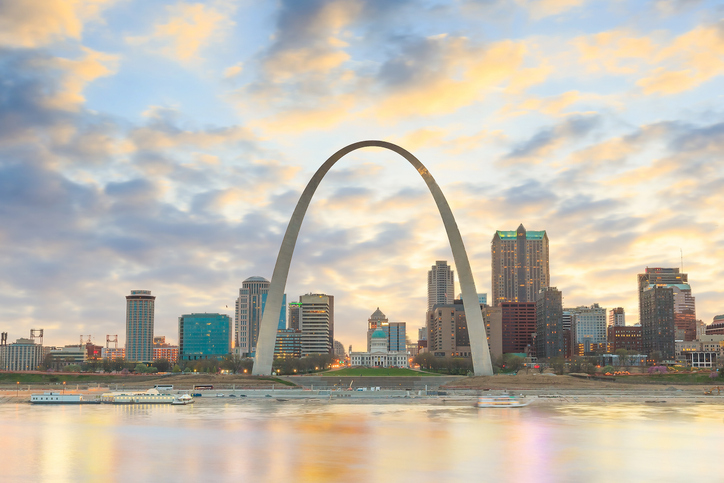 How Second-Tier Cities Are Plotting a Coming Back

The kids are done with the big city. The millennial generation is increasingly deciding that there might be something to the simpler, cheaper life in America’s second-tier cities.

Newly released census data analyzed by the Brookings Institute reveals that annual growth rates in small and non-metropolitan areas are picking up even as they fall in large metropolitan areas. The post-recession “back to the city” movement appears to have peaked in 2012 and has fallen every year since. In particular, this trend was a result of recent shifts in domestic migration - more people are moving from large metro areas to small ones than the other way around for the first time in a decade.

If the trend continues and the growth rate of small cities starts to beat the growth rate in larger cities, as was the case in the years before the recession, we’re likely to see more distributed growth in commercial real estate markets. That means opportunity for the residents and businesses in those cities. This shift is already on the mind of experts in the industry; Curbed’s list of real estate markets to watch in 2018 consulted experts from across the sector and included only a single major metropolitan area - Seattle - at its bottom. The rest of the list reads like a who’s who of scrappy second-tier cities moving into the big leagues: Austin, Dallas, Denver, Fort Lauderdale, Nashville, Portland, Raleigh-Durham and Salt Lake City.

It’s worth examining what is causing young people to see a life for themselves in these cities that they didn’t see six years ago and how cities can encourage that trend.

It seems clear that the rising tide of the U.S. economy is an important component in the comeback of second-tier cities; the trend toward major cities centered on the 2008 recession, and the return to smaller cities is correlated with the economy’s resurgence. What’s less clear is how that effect operates.

One theory is that rising national incomes have brought homeownership within reach for a new generation, but that the cost of city real estate is simply too steep. Owning a home in a second-tier city - either as a permanent move or as a starter home - is simply a more appealing option.

Another possible explanation is that second-tier cities were hit harder than major cities in the recession, draining them of the jobs they would have needed to attract young talent. Again, this interpretation holds up better in some cities than in others. The unemployment rate in Detroit just after the recession was extraordinary - between 2008 and 2010, it hovered around 25 percent before slowly declining in fits and starts. Unemployment in nearby Chicago stuck to the low teens during those years, beating the Michigan-wide rate and only just losing to the nationwide rate. It makes sense, in that context, that young midwesterners would have looked to Chicago, and not Detroit, for their futures.

That picture is very different today. As of February 2018, the Detroit unemployment rate is just 4.2 percent, and the results are already appearing. Ground was recently broken on City Club Apartments, a 13,000 square foot mixed use development. Not only is this the first mixed-use high rise to be built from the ground up in Detroit in three decades, but it is being conventionally financed, unlike most development in the city over the last several years. However, in other cities, unemployment rates never even reached national rates.

Of course, economic concerns are not the only factors that determine where a young family is going to live. Available jobs and housing are only the most basic needs - those being met, second-tier cities are making quality of life investments to attract new residents and lure back those that they lost to larger cities. This second category, often called ‘boomerangs,’ are an integral part of the trend toward these second cities.

Places like Louisville, Kentucky; Madison, Wisconsin; and Indianapolis, Indiana have been pouring money into bike trails, park systems, trendy developments, and the arts. These investments are key to luring young professionals back from major cities where every imaginable amenity is around the corner.

“Cities need the right leadership, both from the public and private sector, who are willing to take the risk of reimagining their cities,” former Pittsburgh Mayor Tom Murphy told Curbed. “[It’s] the biggest story that isn’t really being covered.”

In addition to attracting nice restaurants and redeveloping their waterfronts, second-tier cities are also capitalizing on their existing advantages. In detailed interviews with 22 ‘boomerangs’ returning to Youngstown, Ohio, sociologist Jill Harrison found that some of the most important motivators were the strong communities seem to go along with smaller cities and the opportunity that returnees saw to play a meaningful role in their cities’ destinies. A sense of purpose tied to a place is a powerful draw for some young families. Those cities that make room for their returning citizens to grow with them may be the most successful in keeping them long term.

A final pillar is attracting not just jobs, but the right kind of jobs. Unemployment statistics rarely tell the whole story because they don’t account for how well those jobs pay, how fulfilling they are, and whether they are likely to be around in 20 years.

The technology and green energy sectors are two of the most promising sources of good, reliable jobs for smaller cities to draw on. To attract those jobs, it generally takes a mix of incentives, university partnerships, and a willingness to target and work with specific industries.

For example, under Murphy’s leadership Pittsburgh went from a deeply depressed rust belt city that had lost more than half of its 1970 population by 1990 to a hub of innovation in robotics, medicine, education, and self-driving cars. The city started with a focus on connecting researchers at local universities with entrepreneurs and funders back in the 1980s, the fruits of which are being reaped today.

That turnaround may be best exemplified by the Uber, Apple and Google offices that have been opening up in the city, but the emergence of the homegrown Duolingo and an explosion of incubators, accelerators and smaller startups are perhaps more important. Tech sector employment increased by 19 percent between 2010 and 2013 and is continuing to grow in the city, and by 2020, it’s estimated that 200,000 Pittsburgh residents will be employed in the tech industry.

Tying It All Together

Looking at these factors as a whole, the problem starts to look circular. The most important factor to attracting young families may be generating jobs for the region, but doing so sustainably means supporting an entrepreneurship ecosystem. Attracting the funders and tech talent necessary to build that ecosystem is difficult without the quality of life factors that they value in their place of residence. And paying for those factors is hard without the tax revenues that come with a more robust workforce.

Building these three factors up together is the challenge faced by mayors and regional leaders. Luckily for them, it seems that the demographics are in their favor. As the millennial generation gets old enough to value homeownership and starts prioritizing child-friendly communities, they seem to be looking at second-tier cities as more desirable options, especially as working remotely becomes possible for larger portions of the population.

For commercial real estate professionals, the most important takeaway is that many of these smaller cities are poised to become more important markets in the coming decade. In particular, working with city leadership to create buildings that help them further the above three priorities may prove to be an effective strategy.