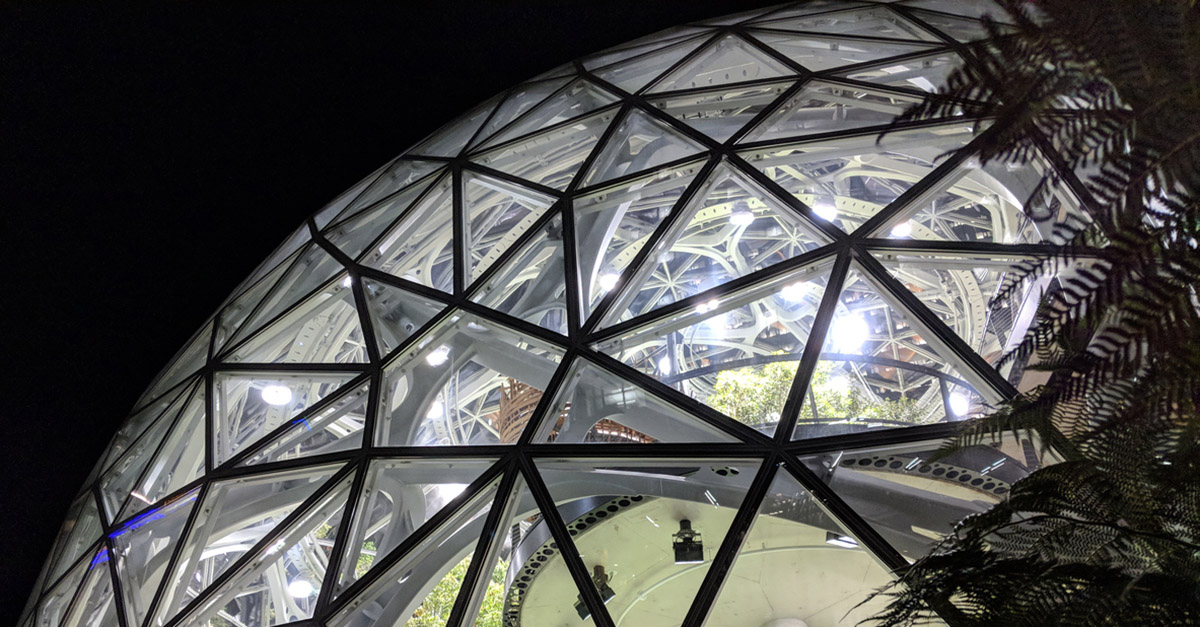 A Tale of Two Headquarters

After months of ongoing speculation and pages of ink spilled on the subject, Amazon has finally released the short list from which it will pick the location for its HQ2. Meanwhile, Apple has announced that it, too, is in the market for a new headquarters. The goals of these tech giants are similar, but the process for selecting a new site couldn’t be more different.

Amazon positioned itself as the “belle of the ball” among states desperate for the jobs and investment that its second headquarters would bring. A full 238 cities across the North American continent made overtures to the online retailer. Efforts to catch its eye ranged from the standard, massive tax breaks that have come to define this sort of event to the downright whimsical. And it’s easy to see why: The promise of 50,000 full-time employees with average salaries of more than $100,000 a year, not to mention the additional employment (and local revenues) that come with the circulation of all that extra cash, is just too tempting to pass up.

After months of predictions, occasionally cringe-inducing uses of Alexa, and some newsjacking on the stranger side, the tech giant has finally narrowed down its list to 20 cities. Amazon published its wishlist for attributes that a successful bid would have in advance, and while most of those attributes were related to city infrastructure, access to talent, and other long-term features, it has been clear from the beginning that incentives would be a deciding factor. By creating a competitive situation, the company all but ensured that there would be a lucrative offering in every serious bid.

In the midst of all this, Apple is quietly drawing a stark contrast with its recently publicized search for a second headquarters of its own. CEO Tim Cook told ABC News that the construction of the new campus would be funded by part of a record $350 billion that his company planned to repatriate following recent changes to the U.S. tax code. Like Amazon’s new headquarters, this would create a lot - estimated 20,000 - of jobs for its eventual destination, and as a result, it’s similarly lucrative. However, it isn’t expected to host jobs of the same caliber - at least initially it will house technical support staff.

However, unlike his counterpart Jeff Bezos, Cook announced that Apple would not be encouraging bids for its new campus, and that he did not want an “auction kind of process.” Instead, the company claims to have already narrowed down its list significantly and that it will announce a location later this year.

There are a couple of reasons why Apple might choose to go in a less public direction for its new headquarters. One is simply a matter of public relations style: There has been no shortage of criticisms of Amazon’s HQ2 search from commentators who oppose local tax breaks for big businesses or simply think that encouraging an open race to the bottom is in poor taste. In general, Apple seems to be more invested in maintaining a positive public image, and may simply not be interested in attracting similar attention.

The company may also feel like a closed-door deliberation process will yield better results. It’s possible that Apple decision makers will be less swayed by public overtures and more concentrated on solid fundamentals as a result of this decision.

Finally, the older tech giant may be confident in its ability to attract lucrative incentives without a public process. Business Insider compiled a list of tax breaks that it has received over the last ten years and came up with more than $600 million.

Why both companies are courting criticism

With so much writing available on the subject, it’s easy to see why some people are upset about Amazon’s handling of its headquarter search. Put simply, Amazon probably needs to build this headquarters with or without incentives from the public. If it didn’t need to make this $5 billion investment, it’s very difficult to imagine that tax breaks that are unlikely to put a serious dent in that figure would motivate it to do so. That isn’t really what they’re for. The incentives being offered to Amazon aren’t intended to make an otherwise impossible project possible, they’re intended to attract the company to a specific location in the U.S. Without the tax breaks, Amazon would probably just locate its new headquarters in the city with the best features for it to conduct its business.

Taking that a step further, there are doubts as to whether these tax breaks will pay for themselves for local communities, as proponents suggest. A recent deal between Wisconsin and Foxconn, the electronics manufacturer, ended with the company receiving $3 billion in subsidies for building a plant that will employ 13,000 people. That’s just over $230,000 per job. And while most of that money is probably in tax payments that won’t be made, rather than actual transfer payments, the result is that the existing community will feel the strain of tens of thousands more people using its infrastructure and schools, but not the revenues that normally would accompany them.

Apple might also be in line for the public’s ire though. The company is leading the way among major U.S. firms that are repatriating billions of dollars that they have had stashed overseas. American corporations have an estimated $2.6 trillion combined held in foreign bank accounts that they cannot bring back without paying American taxes on. Apple’s hoard is widely held to be the largest.

The reason this money is coming back now is that the controversial GOP tax bill that passed recently allows companies to repatriate foreign-held funds at a nominal rate. While the typical corporate tax rate for large companies is 35 percent, repatriation rates can be as low as 8 percent. On the $350 billion that Apple says it plans to bring back, it expects to pay only $38 billion - less than 11 percent.

It’s an interesting move. The GOP tax plan was deeply unpopular, and Apple has traditionally aligned itself with liberal values. By announcing that it planned to repatriate a large sum and invest it domestically in response to the tax cut, it may undermine some of the goodwill it has built in liberal enclaves.