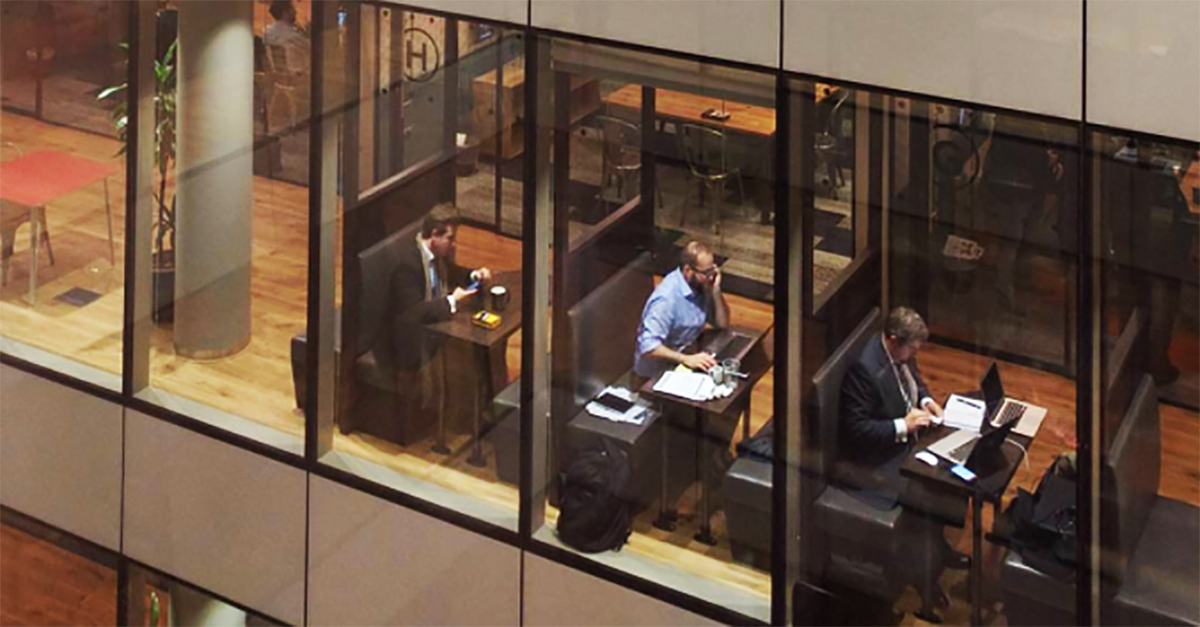 How WeWork Is Changing What Coworking Means

Coworking has existed in some form for decades, but improvements in remote working technology and a corresponding shift in work culture have caused an explosion over the last decade. Between 2011 and 2017, the number of coworking spaces worldwide has increased by an order of magnitude by one estimate - from 1,130 to 13,800.

WeWork, the undisputed whale in the industry, has set the tone for the way businesses in the sector do business for some time now. The company was valued at $1.5 billion in February 2014 - already a unicorn. From there, it began a meteoric rise, hitting $5 billion by December of the same year and $10 billion by midway through 2015. Just recently, WeWork passed the $20 billion mark, raising $760 million in its Series G round of funding.

As the unrivaled champion in the coworking business, WeWork is starting to push at the boundaries of what, exactly, coworking means. As the company continues to expand outside of its original niche, it’s worth taking a look at where it’s going. If WeWork’s gambles pay off, you can bet that other players in the industry won’t be far behind. If they don’t, CRE industry experts may start wondering whether coworking is a one-trick pony.

On its face, one of the most confusing elements of WeWork’s recent strategy is its movement into enterprise coworking. The company is making spaces that serve a single corporate tenant instead of the mash up of freelancers and small businesses that make up its usual mix. That’s about as far from its original business model as it’s possible to get and it raises an important question: Just what is coworking?

Traditionally, if anything can be called traditional in an industry that took off less than a decade ago, the advantages of coworking come from young companies, freelancers, and small service business thriving together in a sort of mutually beneficial ecosystem. The freelancers and service businesses find clients in the startups, the startups are able to leverage the talent around them to grow or stay lean, and everyone benefits from the exchange of contacts and ideas between disparate groups.

In a single-tenant coworking space, that model is out the window. WeWork now has enterprise tenants around the world, including Microsoft, GE, Dell, Sales Force, Deutsche Bank, HSCB, and most recently, Mastercard. These tenants generally have the exclusive use of their space, which is designed, furnished, and run by WeWork.

At this point, it’s fair to ask whether this is coworking at all, or if WeWork has decided to push out of its coworking niche into the comparably mundane world of curated office space. After all, if employees of WeWork’s enterprise tenants will only be interacting with other employees of the same company, who exactly are they coworking with?

Regardless of your opinion on the matter, though, the startup’s tenants seem to be getting their money’s worth from the relationship. Enterprise coworking allows companies with expanding footprints to set up satellite offices in new cities virtually overnight. If the expansion doesn’t work out, no big deal - coworking leases tend to be more forgiving than traditional leases, though enterprise tenants do generally sign for minimum terms. If things go well, it’s also easy to grow into more WeWork space.

Enterprise tenants are also getting the benefit of WeWork’s admittedly swanky spaces. With hardwood floors, exposed ceilings, and tile kitchens, the company and its peers in the coworking space make undisputably beautiful spaces. It also sponsors professional and social events, pays the bills, takes out the trash, and generally carries out the business of running a high-end office space. Considering the rates it charges, it can afford to.

Finally, at least some of the company’s tenants are coworking - at least a little bit. Mastercard and WeWork are working together to run a five-month startup accelerator program under which select startups will receive free office space, mentorship, and access to payment processing technology under development by WeWork and Mastercard. Presumably, the idea is to test the new software and to reap the benefits of the “creative collisions” that coworking is famous for.

WeWork moves in where WeLive

Adding to Silicon Valley’s ongoing colonization of every aspect of our lives, WeWork has begun expanding its business model to include semi-adult semi-dorm rooms. It calls this arrangement WeLive, and it seems to be working.

As of the end of last year, WeLive has been cutting the discounts that it originally used to entice early renters. In early 2016, a studio in the company’s Manhattan Financial District apartment building was listed for $2,800 per month, but offered discounts of up to 20 percent, bringing that figure down to $2,240. As the building filled up over the course of the year, discounts became scarcer. That same studio now runs tenants a blistering, undiscounted $3,050. And the rooms are still mostly full.

WeLive apartments range from studios to four bedroom apartments, but all of them share access to the common areas that are the WeWork child company’s primary value add. In the Crystal City, Virginia WeLive building that The Washingtonian explored last year, there are three “neighborhoods,” which are comprised of adjacent floors. There are coffee dispensers, a yoga studio, a lending library, and no shortage of exposed ductwork and (perhaps cloyingly) inspirational neon signs. Large communal kitchens are idealistically placed to encourage large group meals, but virtually every space has its own kitchen. They also come furnished, including WiFi, an integrated sound system, and a monthly cleaning service.

The more you learn about WeLive, the more it really does sound like an adult dorm. Virtually everything is taken care of for residents. Paired with a few more Silicon Valley initiatives (say BlueApron for meals, Tinder for dating, Drizly for melt-your-face-hoppy IPAs), a resident could just about completely outsource the business of living and exist permanently in a work-networking blitz.

While it’s clear that WeLive is popular among the affluent, rootless millennial demographic that is, perhaps, the most lucrative demographic to be popular among, it’s less clear whether the model is profitable. In 2014, WeWork told investors that it planned to have 14 co-living residences operating by the end of 2016. As of today, in the early days of Q4 2017, there are still only two. It could be that the company is struggling to find the right balance between price and amenities, or it could be that WeWork is simply focusing its efforts in other areas.

As WeWork continues to aggressively expand, it’s clear that its founders have their sights set high. In addition to moving into co-living arrangements, WeWork has begun offering back-office services like payroll, shipping, and healthcare.

Originally, cofounder Adam Neumann wanted his business to expand to elements across customers’ lives. Now, he has the money to make that a reality. Someday, we might see WeWork brand ventures in every class of commercial real estate. (The company has already opened a gym in at least one location, though it missed the obvious opportunity to name it WeWorkOut.)

By 2018, WeWork is projecting $941.6 million in profit on revenues of $2.86 billion. That would be quite a leap from its 2014 profit of $4.2 million on revenues of $74.6 million, but it could happen. And while some critics think that an impending recession in the commercial real estate market will scupper the company’s dreams, Neumann would point out that his first venture into coworking was actually bolstered by the 2008 crisis. (His theory is that people laid off in the recession took to working from home, but wanted the communal experience of an office.)

Predicting the future is hard, especially when there’s $20 billion on the line. The company might hit a wall and shrink down to size, and there would certainly be no shortage of competitors cheering if it did, or it might keep growing. Ten years from now, buildings and neighborhoods and cities could all end up a part of Neumann and McKelvey’s WeWorld. We’ll just be living in it.