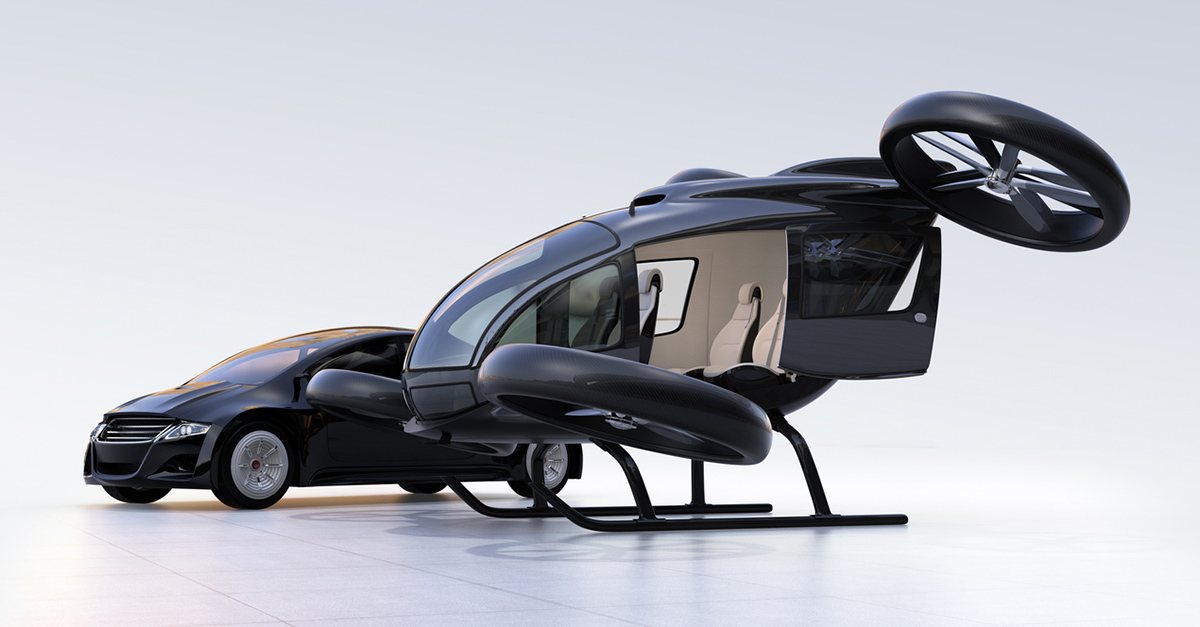 What Would UberAir Do To Cities?

Imagine you’re a wealthy businessman living in a major city. You’ve got places to go, things to do, and traffic is just slowing you down. Sometimes driving your black BMW along the shoulder lane and forcing your way in down the road just doesn’t cut it. Uber has you covered.

About a year ago, Uber went public with its plan to offer flying car rides across cities - specifically L.A. to begin with - letting those with pockets deep enough skip over traffic entirely in flying cars that travel from rooftop to rooftop. There’s a lot to unpack there; for a start, the flying cars that Uber is talking about haven’t been invented yet. It also has no plans to own the cars and will instead simply facilitate rides the same way that it does with traditional cars. Uber is confident that it can work out these details and begin offering the first flying car rides by 2020, though, with a real service to follow a few years later.

That’s a tall order, but not an impossible one. They would have to deal with air traffic control issues, secure permission from building owners to use their roofs for regular pickup and drop-off, along with a whole host of other issues, but it could be done. Let’s set aside, for now, the question of whether this can be done and look how cities - and commercial real estate - would be affected if it was.

The Jetsons reveled in the absurdity of placing traffic jams in the context of a flying-car-based future. Why couldn’t George simply pilot around the jam and go on with his day?

The boring, grown-up reality is that air routes will probably have to be standardized - at least at first - to prevent chaos, noise complaints, and privacy concerns. After all, L.A. in particular has a high concentration of famous people who likely don’t want tourists detouring over their homes for a closer look. And while we probably won’t see literal bumper-to-bumper traffic up in the sky, it isn’t impossible that flying cars will have to wait occasionally while a route is cleared to prevent collisions. If this starts inducing significant delays in travel time, expect it to feel a lot like traffic.

Uber Chief Product Officer Jeff Holden claims that the flying cars ought to be less noisy than most helicopters, and considering that they’re expected to be lighter and electric, this seems plausible. Several Uber partners are working on incorporating new, lightweight materials into the design and a distributed system of electric rotors that should outperform helicopters’ single rotor. Even so, there is talk of running dedicated routes above freeways where possible.

The nature of air travel also means that “last-mile” connectivity will still be a necessity. Flying cars won’t be allowed to take off directly from the street anytime soon, so the plan is to obtain (pay for) permission to use the flat roofs of tall buildings in the city and hop from one to the other. Riders would have to reach their takeoff points and final destinations on their own.

This might raise some interesting development opportunities. In L.A., a large portion of existing buildings already have helicopter ports thanks to a local law, but those that are chosen as air transit hubs might find themselves in a position to sell to a steady stream of affluent clientele. If UberAir ever moves outside of L.A., buildings that with existing heliports and those that build them quickly could profit.

One of the main concerns about UberAir is that its very existence would result in a shift of social priorities away from the projects that make cities more equitable: public transit, dense housing, etc. Critics of the plan point out that Uber and Lyft’s existing business models already appear to be resulting in cities that pay less attention to public transit to the detriment of poorer residents.

They also found that ride-hailing attracted Americans in major cities away from bus and light rail services - the bread and butter of public transit. (Interestingly, commuter rail and walking seem to be complemented by ride-hailing.) Some cities are grappling with the danger of a public transit “death spiral,” in which a decline in riders results in fewer fares, fewer fares necessitate service cutbacks, and service cutbacks discourage riders. Ride-hailing can’t be blamed exclusively for this problem, but it certainly isn’t helping. UberAir might exacerbate this trend.

There’s also cost to consider. Uber claims that it’s flying car service will eventually be comparable in price to a more traditional trip, but whether that will bear out remains to be seen. In any case, the cost of taking an Uber across the city right now is nothing to sneeze at. It isn't uncommon for problems to fall out of focus when wealthy people no longer have to face them. In a world where the affluent can afford to skip the traffic on the ground, there’s a risk that traffic management will become deprioritized over time.

If this were to happen, it's hard to see how it wouldn't be bad for commercial real estate in the city as a whole. The evidence is clear: Walkable cities have more profitable, higher-value real estate than those that aren't as accessible to foot trafic.

Make no mistake, flying cars could potentially be a great thing for cities. If costs were somehow brought low enough that a flight across town really did become accessible to the general public - perhaps by removing the pilot - it could be truly liberating. With the right mix of renewables to power their batteries, flying cars might even be environmentally friendly. And certainly, there’s something here that appeals to the little kid in all of us. Without the right precautions and public consideration, though, UberAir could quickly become a symbol of the growing social inequality in cities.