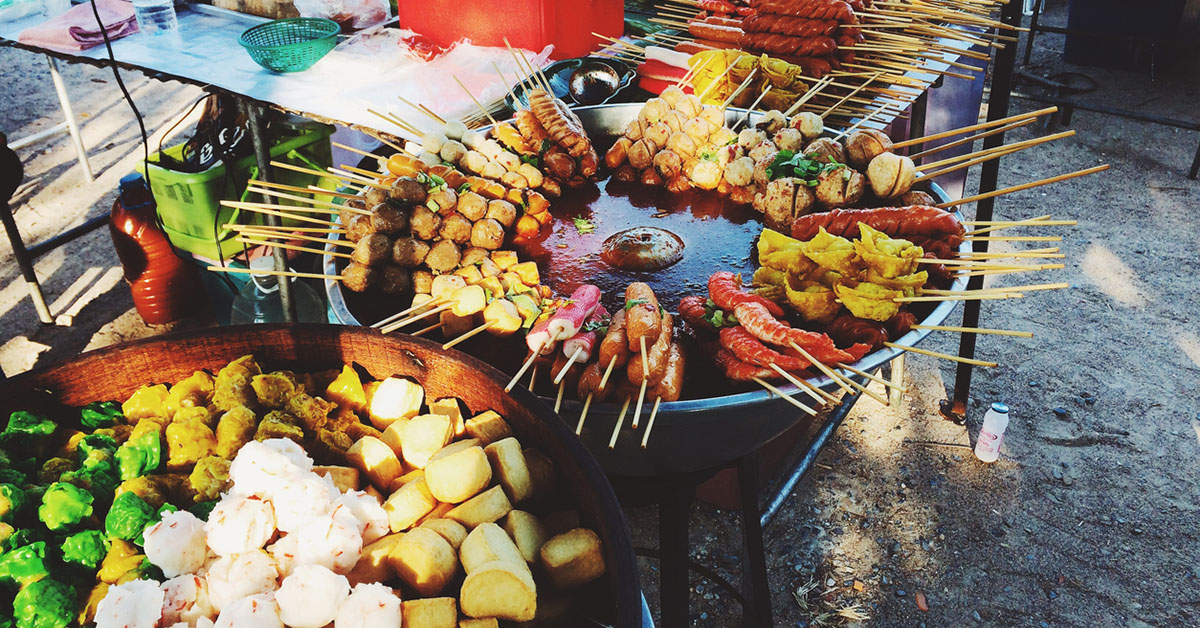 What Is This Whole Food Hall Thing, Anyway?

This whole non-standard-food-thing is getting out of control. First, it was the trucks, now it’s the halls, next it will be drones darting in and out of office windows delivering lunch on demand. I hope you’re happy, America.

If you are a commercial real estate operator, you may actually be quite happy about the development. Food halls have been popping up all over the U.S. over the last seven years in part because they are very compelling for landlords who are willing to put in some extra work for additional revenue and a potent amenity. Even though tenants pay far less for a food hall stand than they do for a full space, they pay a lot more per square foot.

The result is an increasingly popular arrangement that can be quite lucrative for both parties. According to Bisnow, the number of food halls in America is exploding: There will soon be close to 200 food halls across the country, up from about 110 one year ago.

What precisely are food halls and what does it take to make them profitable? Let’s take a look.

One of the biggest points of confusion is the similarity on paper that food halls bare to food courts. They’re both commonly found in malls, make use of multiple tenants around a central space, and generally fit in the fast-casual vertical. When you dig into the details, however, it becomes clear that the two are completely different animals.

Unlike food courts’ reliance on chain restaurants, food halls try to cultivate a unique cultural experience. Often, tenants will be local chefs and farmers offering a mix of simple, prepared foods and unprepared, artisanal goods. In some cases, restaurants will open food hall stalls and offer a limited version of their menu, but the results from this approach have been mixed.

Adding to the confusion is the fact that it is common for food halls that are struggling to find enough successful tenants will invite traditional food court tenants to join the mix. There’s nothing wrong with these tenants, but food halls that invite too many of them often find that they begin to compromise the cultural amenity aspect of the model. In other words, they just aren’t cool.

Coolness is one of the defining factors of food halls. Over the last few years, a clear aesthetic has emerged: Your local hall is more likely than not to feature exposed ductwork, salvaged wood, and old-style Edison lightbulbs. The people behind the counters - not to be outdone by the architecture - are probably wearing trendy clothes, ironic tattoos, and goofy mustaches. It’s all part of the appeal, and that appeal shouldn’t be understated. A food court is a secondary destination: Mall-goers and airport travelers visit it to grab a bite to eat while they shop, but no one visits the mall for the food court. Food halls, on the other hand, are a main attraction. A thriving food hall brings in foot traffic that may then benefit other nearby businesses.

You Get What You Put In

It’s one thing to open a food hall, but it’s another thing entirely to make one successful. Unlike a food court, a food hall is very much a hands-on project for property managers. The right tenants need to be solicited, and many will need help structuring their businesses. The aesthetic of the hall needs to be tended to, and it’s often a careful balancing act between using the right thematic elements and parodying them. Turnover is high, but some property managers think that’s a good thing because it allows them to bring in new vendors to keep customers coming back. And finally, many food hall operators have found success by promoting other experiential elements, some of which are rather creative.

First off, choosing the right tenants. Variety is essential - it’s the spice of life, after all - but so is choosing tenants who will complement each other and be successful in the space. It’s important to understand that food halls aren’t restaurants. Really, they aren’t even food-court restaurants. Space is extremely limited, so any prepared food on offer has to be very simple to make or easy to make ahead of time and transport. As a result, restaurateurs who open food hall stands often struggle to replicate the success they found in a larger space.

Stands selling unprepared food also have to contend with the space constraints, so products that have a high value-to-size ratio are ideal. You probably won’t find a lot of successful stands selling watermelon, but you’ll see a lot selling up-market cheese.

Helping tenants to understand what to expect from a food hall will help them to be more successful. A mismatch of expectations between tenants and landlords can result in a lot of unnecessary grief for both sides. “It was one of those deals that seemed good on paper,” said Caroline Fidanza, owner of the popular Brooklyn sandwich joint Saltie, of her experience running an ill-fated food hall stand on Manhattan’s west side. “It was the saddest four months of my life.” Fidanza told The New Yorker that there were several fees she didn’t anticipate, a beer and wine license that she expected didn’t materialize, and that the food she was able to serve - soup and hearty salads - didn’t resonate with the clientele.

Getting the aesthetic right can also be a tricky prospect. The typical foot traffic that comes to a food hall is young, chic, and generally affluent, and they expect a certain look. The rough wood floors and exposed beams are useful modern signals that tell shoppers that they are having an upscale, “authentic” experience. Go too far, though, and operators risk creating an environment that appears lifeless, or worse, like it’s trying too hard. It’s easy to create an environment that feels more like a corporation appropriating these stylistic elements than the real thing. Our advice? Hire a proven designer.

The same advice may hold true for any flare that property managers choose to include. Live bands are great for pulling in a chic crowd, but only if they’re the right bands. Finding performers who fit the space on a reasonable budget means hiring or contracting out to someone who is tuned into the local music scene. Other creative elements may also require outside creative help. Some food halls incorporate cooking classes or book signings. Others push the experiential element further: One hall provided whitewashed walls and cans of paint for customers to express themselves.

Food halls are all about variety. Perhaps fittingly, we’re going to leave you with a few miscellaneous insights that don’t fit easily under any one roof.

The majority of food halls are still found in malls and retail centers, but they’re starting to make their way into other real estate verticals. Offices, hotels, and even apartment buildings are starting to incorporate food halls into their ground floors. We’ve also seen developers put food halls into otherwise vacant spaces and find success building up retail around them.

Another aspect that is becoming increasingly important is theme. Food halls have largely been successful without any dominant theme so far, but as more are built, customers are starting to look for new thrills. Halls that are themed around certain types of cuisine or other factors.

Finally, something that may help landlords and tenants to find success is a steady focus on the types of food that work in a food hall. Foods that are eye-catching, palatable, and easy to carry are perfect for this environment. You want customers to mill around, ducking into nearby shops and stalls, and asking each other where they got their food, so items they can hold are better. Donuts, sandwiches, and the like are generally ideal. That said, it’s important to cater to the specific market and feel of the food hall - your mileage may vary.

Considering the explosion of food halls across America over the last year, experts are beginning to predict that they will be overbuilt sometime in the next year or so. Commercial real estate professionals thinking about introducing a food hall to one of their properties shouldn’t necessarily nix their plans based on that fact alone, but they should consider whether they have access to property managers with the right mix of talent, time, and dedication to ensure success. The halls that create a genuinely exciting experience based on the demands of their communities will be the ones that thrive.